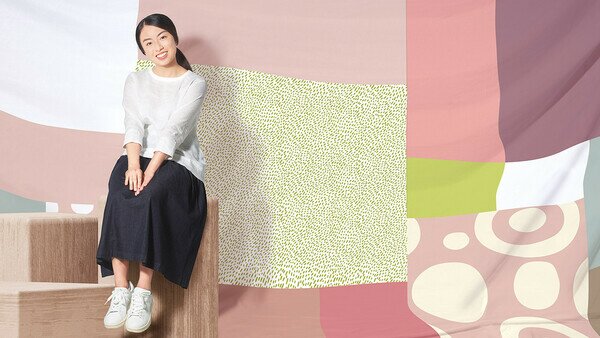 As most people spend a third of their day sleeping, bed sheets with antibacterial and anti-mites efficacies as well as a soft texture could help enhance sleep quality. The Consumer Council tested 15 models of bed sheets and mattress protectors with antibacterial or anti-mites claims on the market. Test results revealed that although all models exhibited adequate levels of anti-mites activity, some models showed unsatisfactory antibacterial performance. Close to 80% models labelled with antibacterial efficacy were unable to effectively inhibit the growth of 2 test bacteria in the antibacterial test. Besides, the claimed materials or thread count on the labelling were also found to differ from the test results, indicating a possible provision of inaccurate product information.

Amongst the 15 tested models, which ranged from $59 to $1,590 in price, 9 were labelled with both “antibacterial” and “anti-mites” function, while 6 were labelled as “anti-mites”. Test items included the models’ antibacterial efficacy and anti-mites activity, concentration of harmful chemical substances (azo dyes and free formaldehyde), durability (changes in appearance and measurements after washing), as well as the fibre composition and thread count.

Hong Kong’s warm and humid climate increases the chance of moisture retention in mattresses and bed sheets, making them a breeding ground for bacteria and dust mites. Not only is this unhygienic, it might also induce allergic reactions for some individuals. Many bedding products on the market are marketed with “antibacterial” and “anti-mites” functions. Amongst the 9 tested models labelled with “antibacterial” efficacy, only 2 could effectively inhibit the growth of both test bacteria Staphylococcus aureus and Klebsiella pneumoniae, another 2 models could only effectively inhibit the growth of Staphylococcus aureus, while the antibacterial efficacies of the remaining 5 models were very modest, leaving overall results unsatisfactory. The Council has referred the relevant test results and product information to the Customs and Excise Department (C&ED) for follow-up.

Some textile products might be dyed or printed with azo dyes, but such dyes could be reduced under certain conditions to produce over 20 different types of carcinogenic aromatic amines. As such, azo dyes have been banned by the European Union (EU). The Council’s test found that the various printed sections of 1 bed sheet model were detected with the carcinogen 3,3’-dichlorobenzidine at different concentrations (8.5mg/kg to 12.1mg/kg), but did not exceed the limits set by the EU REACH Regulation (30mg/kg). Another model was detected with free formaldehyde (43.1mg/kg) which, despite falling within the limits of the EU (75mg/kg), should be given extra attention by individuals allergic to formaldehyde.

To maintain personal hygiene, bed sheets and mattress covers should be changed regularly and cleaned according to the labelled care instructions. If severe shrinkage or discolouration occur after washing, not only would it affect the appearance, it would also shorten the lifespan of the product. The test results revealed that, after being washed and dried for 10 times, all models showed varying extents of shrinkage ranging from 0.5% to 6.1%. The length and width of 1 model shrunk by 6.1% and 5.9% respectively after washing. As the size of the bed sheet needs to fit the mattress, excessive shrinkage may cause post-wash bed sheets to be unable to completely or snugly cover the mattress, thus affecting its protective function.

Actual Materials of 3 Models Found to Be Different from Claimed

Many consumers would select bed sheets according to their preferred texture and purchase the products in reference to the labelled material composition.  Amongst the models, 12 had clearly labelled material information. The test results of these models revealed discrepancies between the actual and labelled fibre composition for 3 models, which did not comply with the EU regulations. Amongst those not showing material composition on the respective packaging, 1 stated 100% cotton on its e-commerce platform; yet the results showed that its actual composition comprised 70% polyester fibre while cotton contributed only 30%. The Council has referred the test results of the relevant models to the C&ED for further action.

It is generally believed that a higher thread count indicates that the fabric is of a higher quality, and genuinely softer, smoother and more comfortable. As such, fabrics with a higher thread count tend to be more expensive. However, the test revealed that manufacturers would display the thread count using different units. Amongst the 5 models labelled with thread counts, 3 different measurement units were used, including per square inch (2 models), per 10cm² (2 models), or per 10 square inch (1 model), inconsistent with consumers’ general impression of a uniform standard.

Taking for example one of the models with a labelled thread count of 1,888 per 10cm², if converted to the most commonly used unit “per square inch”, it would only have a thread count of 479, representing a considerable difference at face value. Besides, when tested according to the ISO 7211-2 (Method A) standard, this model only had a thread count of 302 per square inch, over 36% less than claimed on the packaging. The Council stresses that many bed sheets are often priced in relation to its claimed thread count. Having an insufficient thread count or representing the thread count in a different unit would both make it difficult for consumers to directly compare different products, resulting in misunderstanding or even possibly misleading. As such, the Council urges the industry to ensure accurate product information, and recommends that a uniform unit be used to represent the thread count, in order to safeguard consumers’ right to accurate information.

Besides, the test also revealed that 4 models had unclear care instructions, while another model did not even provide any. Consumers may not be able to use the appropriate method to clean and care for the products.

The Council reminds consumers to pay heed to the following when choosing and using bed sheets: