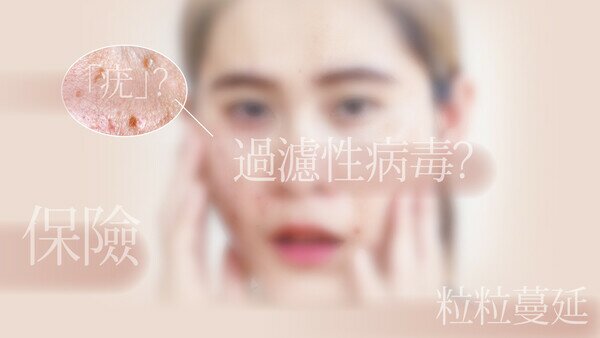 The pursuit of beauty is part of human nature. Many consumers wish to maintain flawless skin by removing warts and facial blemishes through medical beauty treatments. Taking advantage of consumers’ inadequate knowledge about warts, some medical centres and beauty parlours exaggerate the severity of warts to induce fear for luring consumers into purchasing over $10,000 worth of treatment packages. However, the results of these treatments are often unsatisfactory and fail to address the root of the problem. In the process of peddling wart removal treatment plans, some salespeople even claimed that medical insurance could cover a large proportion of the treatment fee, yet the final compensation amount fell far short of the complainant’s expectations, resulting in the complainant having to fund expensive medical costs on her own.

The Council urges medical centres and beauty parlours providing medical beauty services to exercise self-discipline and not to make alarming claims that would impose unnecessary psychological and financial burden on consumers, nor should they entice patients into purchasing high-value treatment plans using misleading or exaggerating sale tactics. The Council stresses that healthcare professionals are responsible for providing accurate, medically supported, and practically feasible treatments to consumers to suppress the misdeeds that may undermine the public’s trust. Beauty practitioners are reminded not to assume the roles of healthcare professionals to mislead consumers and provide treatment recommendations without medical basis. Otherwise, they may be in violation of the Trade Descriptions Ordinance and the Medical Registration Ordinance.

Case 1: Staff Convinced Consumer That Medical Insurance Could Cover Most of the Medical Expenses; But Outcome Was Not as Claimed

The complainant wanted to solve the warts and pigment problems on her face. Recommended by her friend, she brought her medical insurance policy to Medical Centre A for enquiry. The staff opined that a doctor could handle the warts removal treatment at a cost of $15,000, which would include a complimentary laser treatment. The complainant repeatedly asked about the total coverage amount by the medical insurance. The staff of Medical Centre A assured that the complainant would only need to bear $3,000 to $4,000 herself, alleging that another customer who signed up for an approximately $40,000 treatment was only required to contribute $4,000 after the insurance claim. The complainant then purchased the treatment and proceeded with the claims procedure.

However, around 10 days later, the complainant was notified by the insurance company that only $4,800 could be reimbursed. The complainant thus sought help from the staff of Medical Centre A, but the staff only tried to settle the case with 2 complimentary treatments which were not going to be administered by doctors. The complainant was dissatisfied and asked for the Council’s assistance in seeking a refund. Medical Centre A emphasised that they did not mislead the consumer during the incident and insisted that only 2 treatments would be offered as compensation. The complainant rejected the offer and considered pursuing the claim through the Small Claims Tribunal.

As a number of skin polyps had developed on the complainant’s face, she decided to visit and enquire with Company B, a one-stop centre providing cosmetic surgery and medical beauty services. The doctor diagnosed her condition to be warts caused by a virus infection, claiming that more warts would emerge if they were not treated properly. The doctor further claimed that a single laser treatment would provide a complete cure, and verbally promised a 2-year treatment coverage to potential relapse. The complainant thus paid $18,000 for the treatment.

However, as the complainant’s skin polyp problem had not improved after undergoing 3 laser treatments, she requested to see the doctor and queried the efficacy of the treatment. The responsible doctor blamed the problem to be caused by the complainant’s own immune system and stated that he could not help. Discontented, the complainant consulted another doctor, who diagnosed her condition as “syringoma” instead of “virus infection”.

Believing that Company B had performed an erroneous diagnosis, the complainant sought help from the Council for a refund. Company B provided a written reply stating that warts could not be fully eliminated due to their recurring nature, and that this had been explained in detail in the doctor’s diagnosis and treatment consent form, thus refusing a refund. As the conciliation was unsuccessful, the Council advised the complainant to consider seeking redress through other means. If necessary, she may enquire with the Medical Council of Hong Kong regarding the professional conduct of the doctor.

While receiving a beauty massage at Company C, the complainant was notified by the beautician that there were “tiny granules” on her face, which could result in hair loss if the condition exacerbates, or increase in number and even infect other people if left untreated. The beautician also alleged that if only the skin granules on the face were treated, the skin granules on other parts of the body would still spread their way back to her face. The beautician further made a misleading claim that the complainant could achieve immunity by removing all the granules in one go, thus effectively preventing relapse. Worried that the condition would spread, the complainant took the beautician’s advice and purchased a skin granule removal package which covered treatment for the face and neck, along with another facial rejuvenation treatment, at a cost of $72,000 with a 2-year warranty. Full payment was made on the same day.

The complainant later learned from a dermatologist friend that the so-called “tiny granules” were warts caused by viruses. While the removal of the warts could neither help to eliminate the virus nor generate immunity, the condition itself also would not affect hair growth. She relayed the dermatologist’s comments to Company C. The staff quickly reverted that the treatment only covered removal of pigmented/non-pigmented skin granules but not warts. The complainant questioned Company C’s explanation and doubted whether the beautician had sufficient knowledge in differentiating between the two. Furthermore, as dark blemishes remained on her face even almost 3 months after the first 2 treatments, she was reluctant to continue with the treatment. She subsequently contacted the Council to request a refund from Company C. After conciliation, the complainant agreed to change the skin granule removal treatment to other packages.

“Warts” are a skin infection on the outer layer of the skin caused by human papillomavirus (HPV), transmissible through close contact with patients or by touching objects contaminated with the virus, and often does not cause itchiness or pain. People of all ages are susceptible to infection. The Council reminds consumers to think twice before committing to wart and pigmentation removal treatments, and also to pay heed to the following: