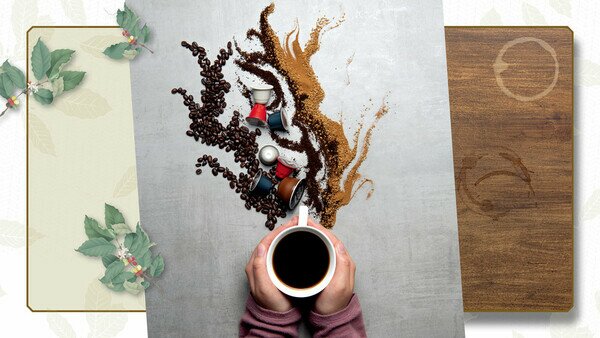 Coffee, being an energy-booster for many office workers, also represents a lifestyle choice to enjoy a timeout from the hustle and bustle. The Consumer Council tested 49 different types of coffee products in the market and found that genotoxic carcinogenic acrylamide in the 47 samples with amounts varying by almost 14 times, of which instant coffee samples were detected with a higher level. The Council reminds consumers that immature coffee beans contain a large amount of free asparagine which forms acrylamide when roasted at high temperatures. Although the acrylamide content in coffee is relatively lower than other fried foods, such as potato chips and French fries, consumers should pay attention to the amount and frequency consumption when drinking coffee to reduce the intake of acrylamide. The Council also urges manufacturers to review their raw ingredients and production process to minimise the formation of acrylamide during the roasting process in order to enhance food safety.

Moreover, the test results showed that the caffeine content among the samples differed considerably. The average caffeine content in instant coffee samples was higher than that of coffee bean, coffee capsule and coffee powder samples, due to additional extraction and concentration process. Based on the preparation formula indicated on the samples, drinking 1 cup of coffee of the highest caffeine content could intake around 295mg caffeine, which means that the daily recommended intake limit for adults (400mg) will be exceeded by drinking 2 cups. Consumers should note that prolonged caffeine intake will increase their tolerance to caffeine, consequently requiring a higher caffeine level to achieve the same physiological effects. This may also lead to physiological dependence on caffeine, possibly causing withdrawal symptoms such as headache, irritability and fatigue once consumption of caffeinated drinks has stopped.

Acrylamide, a genotoxic carcinogen and neurotoxic substance, is a pollutant produced from free amino acids and reducing sugars in food at high temperatures, however there is currently no regulations for acrylamide in food in Hong Kong. The test revealed that among the 47 samples detected with acrylamide, instant coffee had the highest acrylamide content per kg, ranging from 160µg to 790µg, while the acrylamide content in the remaining 33 samples was between 53µg and 240µg. Even though the acrylamide content in all of the samples complied with the benchmark levels set by the European Union (EU) (roasted coffee: 400µg/kg, instant coffee: 850µg/kg), the test results showed that the discrepancy between the same type of coffee products could be as high as almost fourfold. On the other hand, acrylamide was not detected in 2 of the tested samples (1 coffee capsule and 1 coffee powder), reflecting that it is feasible for manufacturers to reduce the possible formation of acrylamide during the various production stages of coffee products, from raw ingredient selection, roasting to processing.

Caffeine is a natural chemical substance present in coffee and tea, which can act as a natural brain stimulant. However, prolonged intake of caffeine may lead to addiction and impact the duration and quality of sleep, as well as melatonin secretion. The test results showed that the caffeine content detected varied greatly among samples with instant coffee powders having the highest caffeine content. The detectable caffeine content per 100g ranged from 2,188mg to 4,316mg for instant coffee, while that for the remaining samples (coffee beans, coffee capsules and coffee powders) was between 1,117mg and 2,380mg per 100g of samples.

Furthermore, pesticides were detected in 46 coffee samples, out of which 45 contained folpet, a pesticide commonly found in fruits and vegetables, which could cause irritation to the eyes and throat. 13 contained 2-phenylphenol, which, despite its acute toxicity not being high, could cause bladder tumours as shown in animal experiments. Another 3 samples contained pyridaben, a pesticide commonly found in nut plants, with mild to moderate acute toxicity. 1 sample contained biphenyl, the prolonged intake of which may cause kidney poisoning or symptoms in the central nervous system. Among the samples, the levels of folpet in 38 samples, 2-phenylphenol in 1 sample, and pyridaben in 1 sample exceeded the maximum residue limit (MRL) set by the European Food Safety Authority (EFSA) (Folpet: 0.10mg/kg, 2-Phenylphenol and Pyridaben: 0.05mg/kg); the detected amount of folpet in 1 of the samples even exceeded the upper limit by more than 6 times.

In the test, 2 or 3 types of pesticide residues were detected in 15 samples respectively. Although it is yet to be scientifically proven whether the combined use of pesticides will lead to synergistic ‘cocktail effects’, as well as their impact on the human body, raw ingredients suppliers are advised to adopt physical pest control measures to prevent and eliminate pests, and to only consider using chemical pest control as the last resort to safeguard food safety and to protect the environment.

Heavy metals were detected in 12 samples, including 7 samples with lead, 2 with tin, and 3 with both. Even though the lead or tin content detected in all samples were lower than the upper limit according to the Food Adulteration (Metallic Contamination) Regulations (lead: 0.5mg/kg, tin: 250mg/kg), consumers should be aware that consuming a trace amount of lead can cause serious health problems, especially affecting the nervous system of children under 6 years old and foetus. Excessive intake of tin may cause gastrointestinal reactions, including nausea, abdominal cramps, vomiting and diarrhoea.

During storage and transportation, crops are easily contaminated by ochratoxin A due to fungal growth. Test results showed that 4 coffee powder and 6 instant coffee samples were found to contain ochratoxin A, with levels ranging from 0.5µg/kg to 1.5µg/kg. Although the International Agency for Research on Cancer (IARC) listed ochratoxin A as a Group 2B carcinogen, i.e. possibly carcinogenic to humans, the risk of adverse effects on the human body with moderate consumption is not high.

Consumers should pay heed to the following when purchasing and drinking coffee: