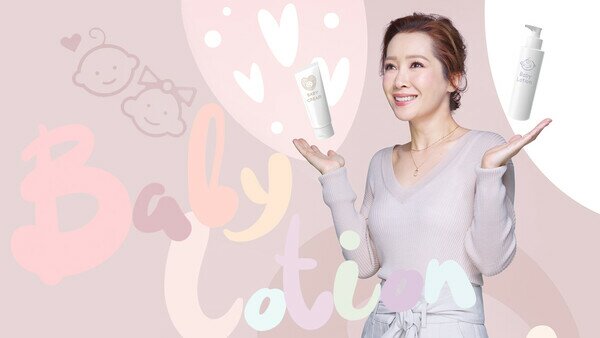 As babies and toddlers have delicate skin, when purchasing body lotions for them, parents should carefully read the labelled ingredients and select safe and reasonably priced products. The Consumer Council tested 40 models of body lotions for babies and toddlers and found fragrance allergens in 55% of the models, amongst which the model with the highest amount of fragrance allergens was detected with the fragrance substance hydroxyisohexyl-3-cyclohexene carboxyaldehyde (HICC), a high potency skin sensitiser which has been banned by the EU Commission, as well as butylphenyl methylpropional (BMHCA), which is another fragrance of concern. Besides, linalool and/or limonene were detected in 9 models scented with lavender or containing related ingredients. As these 2 fragrance allergens could increase the sensitisation potency upon oxidation, products with a higher concentration would naturally pose higher risks.

The test also revealed that the product labelling information of many models did not match with the test results or was insufficient in detail, such as 13 models (32.5%) which were detected with fragrance allergens at concentrations of over 0.001% did not list out the related fragrance substances in their ingredients list. Besides, 8 models labelled as “hypoallergenic” yet were detected with fragrance allergens and/or free formaldehyde; 1 model labelled as “0% formaldehyde” and “no added formaldehyde” was detected with a trace amount of free formaldehyde. Amongst the 9 models labelled as “fragrance-free”, 3 were found to contain fragrance allergens. Despite the fact that some countries and regions do not have relevant requirements on the labelling of fragrance allergens, the Council opines that product suppliers have the responsibility to enhance the transparency and accuracy of the labelling information, in a bid to safeguard the health and safety of infants and toddlers. The test results of the models that have suspected violation of the Trade Descriptions Ordinance have been referred to the Customs and Excise Department for study and follow-up action.

The test included 40 models of body lotions for infants and toddlers, amongst which 13 claimed to be suitable for newborns. The retail prices drastically varied, ranging from around $12 to $318 per bottle/jar. Making reference to an overseas study which indicated the median amount of body lotion per use was 3.7g for babies and toddlers aged 0 to 3, the cost per use for the test models ranged from $0.1 to $7.7, a difference of 76 times. Test items included the amounts of fragrance allergens, synthetic musks, free formaldehydes and parabens, while the product labelling information was also reviewed.

Fragrance Allergens Detected in Over Half the Models

8 models were found to contain a relatively higher total concentration of fragrance allergens from around 0.13% to 0.45%, while the 1 model with the highest detected concentration (0.45%) was also found to contain the fragrance substance HICC, which has been banned by EU for use in cosmetics, as well as BMHCA, another fragrance of concern. HICC is a high potency skin sensitiser which is identified as one of the most common allergens causing skin allergy in children, and is also an ingredient related to contact dermatitis. On the other hand, BMHCA is an established contact allergen and classified by the EU as toxic for reproduction category 1B (substances presumed to be toxic for human reproduction). Although currently there are no regulations in Hong Kong that prohibit the use of these 2 types of fragrance substances, in order to safeguard the health of infants and toddlers, manufacturers should proactively stop using HICC and other fragrances that lacked sufficient safety evidence.

As linalool or limonene could have higher potency to cause skin allergy upon oxidation, products containing these fragrance allergens should be used promptly after opening. According to the test results, 16 models were detected with linalool and/or limonene, including 9 models that were labelled as scented with lavender or containing related ingredients. The Council reminds parents to check whether the product claims to contain linalool or limonene, note the expiry date, and not to use expired products on babies and toddlers.

Furthermore, 1 model was labelled with “allergen-free fragrance” but was detected with trace amounts of fragrance allergens.

8 Models Detected with Synthetic Musks that May Contaminate the Environment

Musk compounds may help enhancing the scent of other fragrances. Out of the 40 models, 2 were detected with musk ketone both at a concentration of 0.0018% (equivalent to 18ppm). Despite the concentration meeting the relevant requirements of the Mainland and EU, research reports have indicated that as nitro musks (including musk ketone) were not easily degradable, it recommended reducing the production and use of products that contained nitro musks.

The test also revealed that 6 models contained varying concentrations of galaxolide (HHCB), of which 3 models labelled as suitable for newborns were detected with a relatively higher concentration reaching 0.01% (100ppm) or above. Although relevant regulations in the Mainland and European countries have not set forth a maximum limit for the use of HHCB in cosmetic products, yet HHCB is widely in use, thus infants and toddlers might have HHCB intake through skin contact, respiration, and even breastfeeding, the potential health impact for long-term exposure needed to be further studied.

Besides, 4 models were detected with free formaldehyde at concentrations of 0.018% to 0.072% (equivalent to 180ppm to 720ppm), all falling within the upper limit of 0.2% (equivalent to 2,000ppm) set by the Mainland. However, the opinions of the EU’s Scientific Committee on Consumer Safety (SCCS) has pointed out that exposure to formaldehyde released by formaldehyde-releasing ingredients (based on free formaldehyde) of concentrations up to 130ppm to 370ppm could trigger allergic contact dermatitis in individuals with formaldehyde allergy. Despite this, labels of 2 models neither listed the formaldehyde-releasing ingredients, nor made any relevant warning statement. Amongst these, 1 model was even labelled as “0% formaldehyde” and “no added formaldehyde”, which was inconsistent with the test results.

1 model was found to contain paraben as a preservative. Despite its concentration complying with the requirements of the Mainland and EU, parents are advised not to apply the product on the nappy area of infants and toddlers, as the skin in the nappy area may have rash or wounds.

The labelling information of a number of models was unsatisfactory, prompting speedy improvement from the suppliers. 1 was found to have no information about its ingredients, 2 only declared their moisturising ingredients but did not list out all of the ingredients. Although these 3 models were not detected with the specified fragrance allergens and preservatives in the test, the Council recommends the manufacturers to list out the product ingredients appropriately to increase information transparency. As for the use period, 4 models were not labelled with any information on their expiry date, 5 only indicated the period after the product is opened, while 13 only listed the expiry date. Amongst the models which declared the period after opening, the use period vastly varied, ranging from 3 months to 24 months.

Parents should also note that 4 models labelled to contain propylene glycol. As high concentrations of propylene glycol could increase the risk of irritant contact dermatitis in infants and toddlers, studies have advised that toddlers under the age of 2 should avoid using products with this ingredient. Besides, 3 models were labelled to contain lanolin or lanolin alcohol, which might cause rashes, redness and swelling, while 2 models contained siloxanes which might have the potential to interfere with the endocrine system.

When purchasing and using body lotions for babies and toddlers, consumers should pay heed to the following: