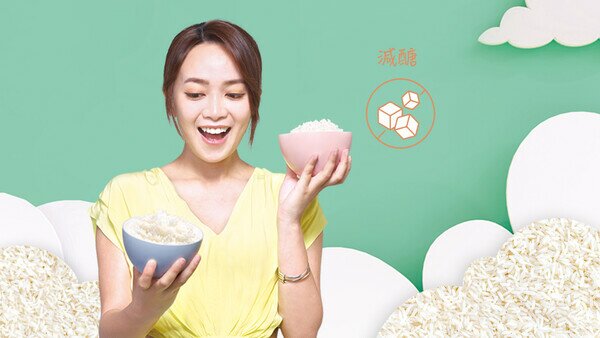 When cooking rice with a traditional rice cooker, rice and water are placed in the same inner cooking pot, and most of the water would be fully absorbed by the rice. On the other hand, low-carb rice cookers have two inner cooking pots. Manufacturers claim that during the process of steam cooking low-carb rice, the rice would be rinsed many times, thus some water containing carbohydrates will be drained through the small holes in the low-carb rice basket to achieve a carb-reducing effect. In view of the disparity in the manufacturers' carb-reduction claims due to the difference in standards and units of measurement. Consumers are advised not to directly compare the information provided by the manufacturers.

Since rice is rich in carbohydrates and a main source of energy, the Council tested the carbohydrate content in rice to evaluate the models’ carb-reducing performance. The assessment included 2 parts:

Conducted on the 9 models having both “normal rice mode” and “low-carb rice mode”. The difference on carbohydrate content in rice cooked by the 2 cooking modes will be compared.

Based on the recommendations from the Department of Health, Hong Kong Medical Association and Hong Kong Dietitians Association, consumers should think twice before purchasing low-carb rice cookers:

- The Department of Health opines that low-carb rice cookers use more water when cooking low-carb rice. As a result, some nutrients such as carbohydrates and water-soluble vitamin B may dissolve in water and be lost when the residue water is poured away, thus lowering the nutrient content of low-carb rice and potentially hindering the growth of children and teenagers or lead to weight gain;
- The stability of low-carb rice is yet to be tested and confirmed. Therefore, it is not recommended for diabetics to rely on low-carb rice cookers to control their condition;
- The Hong Kong Medical Association also reminds that low-carb rice cookers achieve carb-reducing effect by using large amount of water in order to dissolve the starch in rice into water. However, some tests have revealed only a small portion of starch (1 to 3%) is dissolved in water. Therefore, the impact on the glycemic index (GI) is low;
- The Hong Kong Dietitians Association recommended that in order to stay healthy while eating rice, the simplest and most direct way is to control the serving size of rice. To increase satiety, ingredients such as oats, mushrooms, carrots, corn and beans could be added when cooking rice.