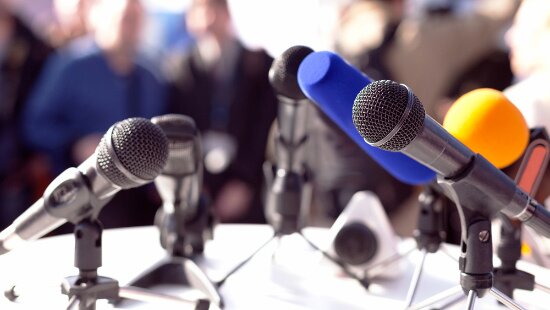 A travel club has come under the publicity sanction of the Consumer Council for persistent failure in honouring its offer of free hotel accommodation.

A total of 75 consumer complaints were leveled against the club in the months of 2013. On conciliation of the Council, only 12 of the cases were, so far, able to be resolved, in one form or another.

The prospect of settlement for the remainder cases remains a matter of uncertainty and grave concern, with the company evading answering calls from the Council in its effort to conciliate on behalf of the aggrieved consumers.

According to the complainants, the modus operandi of this trader involved direct telephone sales with enticing offer of two nights of free accommodation in a superior room of an international chain hotel in Macau, and other benefits such as free buffet - at $2,388 as annual membership fee to join the club.

Consumers were readily promised that free hotel accommodation would be available all year round, and may be subject to some surcharge only for lodging over weekend or public holidays. Most were attracted by the so-called free offer and became members of the club.

But once after confirmation of receipt of membership payment, by means of credit card or direct bank deposit, events took a turn for the unexpected much to the chagrin of the club members.

Invariably, when making hotel reservation through the club, they were told there were no rooms available in the designated hotel for the nights preferred, and were persuaded to pay extra for a room upgrade or rooms in other hotels.

Upon checking with the hotel direct by some complainants, it was found that the hotel was in fact not fully booked on the dates specified. Further, the surcharge for booking into another hotel turned out sometimes close to the discounted room rate published by that hotel.

Some complainants, in exasperation and despair, simply requested the club to provide the exact dates of availability of the free hotel room. They were asked to wait - and wait they did but never heard from the club again. They also alleged great difficulty in getting through the club's reservation hotline.

Without the free hotel accommodation, the club members were also deprived of the chance to redeem their coupons for free buffet.

As their membership is valid for only one year and with the deadline drawing near, many who failed to secure their hotel booking, and sought refund from the club in vain, brought their complaints to the Council for assistance.

The Consumer Council has referred a total of 67 cases (8 cases for records only) to the club for settlement. In the first half of 2013, the club indicated more willingness to settle the cases. Up to August, a total of 12 cases were settled by: full refund (4 cases), partial refund (4 cases), and redemption of coupons (4 cases).

But since then, despite repeated intervention of the Council, the refund and reconciliation efforts ceased to be forthcoming from the club, with only a vague promise of settlement by the end of the year.

The Council sent an email and a letter to the company's registered address in Hong Kong and Guangzhou, with the view to seeking a meeting with the proprietor in person, but the Council received neither written reply nor phone call from the club to set a date for the meeting.

At the end of last month, the Council also dispatched a staff to visit the club's registered office in Hong Kong, but found no one to answer the door. Posted on the door was a notice with two telephone numbers for contact - one the club's hotline and the other a mobile phone number which was found unanswered all the time.

The Council has drawn the attention of the Customs and Excise Department as well as the Police on the situation, if any further action is to be taken.

Consumers are advised to pay heed to the following:

- As with other telemarketing calls, consumers should be wary of the risk that the verbal promises made by the salesperson may not be fulfilled, without the support in writing of the terms and conditions of the contract of the transaction.
- And also be cautious with divulging personal details and credit card information to an unknown salesperson over the phone.
- Always ask to see a copy of the contract and related documents, read and consider carefully before any purchase decision.