Beauty Treatment of Microneedle Therapy System May Cause BacterialInfection - CHOICE # 418 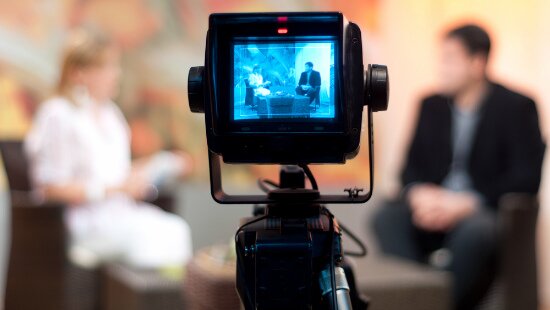 Microneedle Therapy System (MTS) has recently become a fashionable beauty treatment. With the do-it-yourself MTS tools kit available on market, consumers can easily acquire one to conduct the treatment themselves. The Consumer Council however cautions beauty-conscious consumers of the use of MTS tools, which may result in skin problems.

In the MTS treatment, a device, usually in the form of a roller or stamp with many fine needles, rolls over or presses on the specific skin areas which require treatment. During the process, the fine needles on the roller or stamp penetrate into the skin, creating multiple micro-wounds or micro-channels which claimed to stimulate the production of collagen on the dermis and enhance the absorption of skin care serums.

The microneedles are made of materials such as silicon, stainless steel, titanium, glass or polymers and the length of the fine needles varies. The most common are 0.25mm, 0.5mm and 1.0mm in length, and each roller or stamp costs several hundred dollars.

The Consumers Council urges consumers to be aware of the following risks before engaging in microneedle beauty treatment:

Some manufacturers indicate that the microneedle roller or stamp can be used repeatedly as long as the device has been disinfected properly. Some sales people suggest rinsing the device with hot water or soaking in medical disinfectants before use.

However, the suggested procedures cannot kill all bacteria, fungi and viruses on the needles. Using the inadequately disinfected device on the skin may result in serious infection.

Risk 2: Transmission of HIV and hepatitis through shared needles

Microneedles operate by penetrating into the skin. Sharing a device with others increases the risk of viral or bacterial infection. As well, dermatologists warn that viruses such as human immunodeficiency (HIV), hepatitis B and hepatitis C can be transmitted through shared MTS devices which are not properly disinfected.

The protection capability of the skin diminishes when it is wounded by the fine needles. If the skin care serums are of poor quality or contaminated, then bacteria may get inside the skin causing dermatitis.

Risk 4: Skin problems may be worsen after treatment

If your face has open wounds, inflammation or acne with pus, you are seriously warned not to use the MTS treatment, otherwise the microneedles may bring bacteria into the dermis worsening the abscess.

Risk 5: MTS treatment may cause swelling and redness

When the skin is injured by the fine needles of the device, it will result in a number of inflammatory responses such as redness, local burning sensation, pain and inflammation, which will last for 3 to 14 days. The longer the fine needles, the greater will be the pain during the treatment and the longer it will take to recover. The MTS treatment may also result in a dry skin condition due to the loss of skin moisture.

The operation of a microneedles device requires professional knowledge as well as experience and skills. Improper operation may injure one's eye if the device is applied on the skin near the eye. Pressing the device too hard on one's face, or using it too frequently may also cause damage to the skin tissue.

In Hong Kong, the MTS treatment is not a mainstream treatment against skin problems and MTS tools are not generally regarded as medical devices by the medical profession. Under the voluntary listing system of medical devices maintained by the Department of Health, no microneedles device has been listed as a medical device.

The Consumer Council calls for tightening the regulations on the provision of the relevant beauty devices and services. As the microneedles tool is an invasive tool, the Council recommends that consumers fully assess their actual needs against the risks before taking the MTS treatment, and do not purchase the microneedles tool for self application.