《Tips on Healthy Eating at Home》

The epidemic has triggered rounds of panic buying. Many people have rushed to purchase food items from supermarkets and hoarded a large quantity of canned foods. Apart from virus prevention, people should also eat healthy to stay healthy!  What do consumers need to watch out for when consuming canned foods and instant noodles, or ordering takeaway foods? Read on to learn the tips!

Are you consuming veterinary drugs at the same time?

People are generally very vigilant when it comes to antibiotics, but they may not know that antibiotics exist in the luncheon meat they eat!  Pig farms sometimes add antibiotics and other veterinary drugs in the pig feeds to prevent diseases.  These veterinary drugs may remain and become part of the luncheon meat. About 3 to 6% of the population are allergic to sulfonamide antibiotics (sulfadimidine), and may suffer from symptoms like rash and swollen face, mouth and tongue.  Besides, risks of antibiotic-resistant bacteria surviving in human bodies may also increase.
Among the 25 samples of luncheon meat tested by the Consumer Council (or the “Council”), 1 sample was detected with sulfadimidine at 199.3μg/kg. The drug can´t be decomposed even when put in boiling water at 100 ºC for 2 hours, which gives rise to health concerns.

People nowadays are becoming more health-conscious. It is widely known that excessive sodium intake raises the risks of chronic diseases such as heart disease and stroke. Therefore, more and more canned foods, advertising “low sodium", have emerged in the market.  But how many of them really live up to their claims?
During the production process, adding a large amount of salt can help in extracting myosin from the meat, which can improve the binding and emulsion-forming properties of the meat mixture.  However, excessive sodium intake can bring health issues.
According to the definition of the UK´s Food Standards Agency (FSA), food containing more than 600 mg of sodium per 100 grams (600mg/100g) is considered “high sodium”. When measured against this standard, most canned processed meats are high in sodium. In Hong Kong, some luncheon meats are advertised as "less sodium" but how far could they meet the claim? If you want to find out which model is healthier, please refer to the article, “Luncheon Meat and Sausages with High Sodium and Fat Contents are Harmful. Antibiotics Found in 1 Sample”. CHOICE Magazine, Issue 488 (Chinese version only).

Read the nutrition labels carefully. In addition to assessing the nutrition value, consumers should also pay attention to the ingredients and check if there are additives that shouldn’t be there.  Corn starch, potato starch, and milk protein are normally added as binding agent and for water retention, thus delivering a smoother texture. Consumers should, however, watch out for “strange-looking” ingredients.
Overall, it is better not to consume too much processed meat.  The International Agency for Research on Cancer (IARC) under the World Health Organization (WHO) classified processed meat as a Group 1 carcinogens to humans in 2015. There has been ample evidence showing that processed meat can lead to cancer, especially colorectal cancer. Even though consumers are now staying at home more often, they should refrain from consuming too much processed meat.

Want to eat something less “heavy”? Is canned fish a good choice?  The Council previously conducted a test and found that some canned fish contained heavy metals. But these heavy metals did not come from the metal cans, but actually from the fish! Heavy metal residuals may have occurred naturally in the environment or come from industrial waste, and have entered the air, soil and water system via different channels. After being ingested, they end up accumulated inside the fish. Larger predatory fish tend to accumulate more as they prey on smaller fish which also have these residuals. When humans consume these fishes, they will also ingest the heavy metals, which will then accumulate in the bodies causing health issues. Among the many types of heavy metals, arsenic, mercury, cadmium and lead are the more commonly found metals which are harmful to human bodies.
Because sardines and tunas are both sea fish, their heavy metal levels can be largely affected by the environment of the origins. The Council tested a variety of canned fish, and 90% of the sardine samples were found to contain cadmium. Excessive intake of cadmium may lead to chronic poisoning in kidneys.  7 sardine samples from Morocco had cadmium level at ≥ 50% of the maximum limit as stipulated in the Food Adulteration (Metallic Contamination) (Amendment) Regulation 2018 with effect from 1 November 2020. This suggested that the ocean around Morocco might be quite polluted. In addition, 90% of the tuna samples were found to have methylmercury. Excessive intake of methylmercury may affect the brain development of fetuses and toddlers, leading to a decrease in intelligence.  Parents should be very careful!

Fish in a “can” can also have good nutrition value?

Canned foods can also be rich in nutrients! Despite being processed at high temperature, most canned fish can still retain their nutrients. When cooked properly, you can turn them into delicious dishes. Apart from benefiting from the fish’s own nutrition content, consumers can also increase their calcium intake by eating the fish bones which have been softened (and made edible) by the high-temperature and high-pressure production process. From the test samples, canned dace were found to have higher calcium level, which can help the development of teeth and bones and prevent osteoporosis. However, many canned dace have high sodium content, so they should be consumed in moderation to avoid risks of hypertension, stroke, or cardiovascular diseases. On the other hand, sardines are rich in omega-3 fatty acids, which are beneficial to the cardiovascular system and help prevent heart disease and stroke. Finally, if you want to reduce the sodium intake, then avoid consuming the oil or sauce that the fish are canned in. 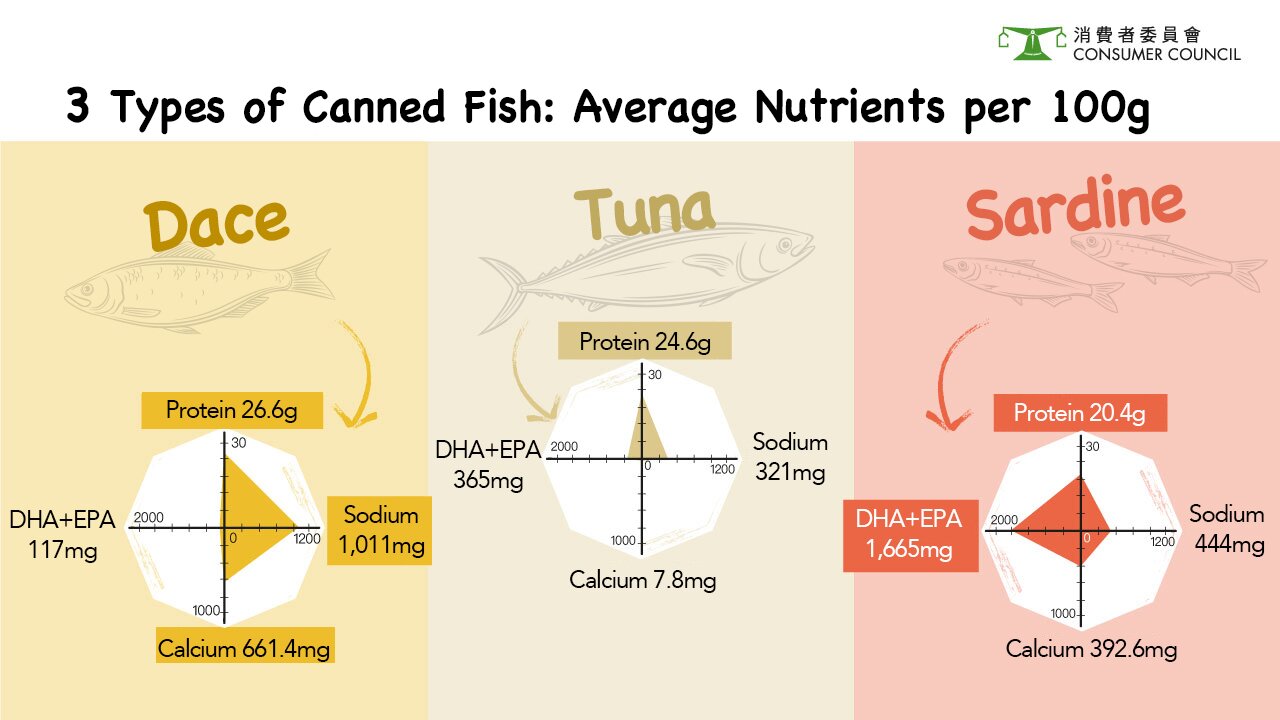 The Council tested 46 canned fish samples. If you want to find out more from the results on food safety and nutrition value, please refer to the article, “Metal Contaminants, Carcinogens and Nutrition Value of Canned Dace, Sardines and Tunas”. CHOICE Magazine, Issue 525 (Chinese version only).

Behind the convenience, watch out for the sodium intake!

It´s difficult to resist a bowl of hot and mouth-watering cup noodles when one is hungry, and it only takes a few minutes to make. Notwithstanding the convenience, consumers should not overlook the sodium level of instant noodles. The World Health Organization (WHO) recommends that an average adult should consume less than 2,000 mg of sodium per day. The Consumer Council tested 10 pre-packaged cup / bowl noodles. The 3 samples with the highest sodium content were found to contain 3,150 mg, 2,577 mg, and 2,244 mg sodium, respectively. Consuming just 1 bowl will already exceed the daily sodium intake limit, which is insane.
For more information and find out whether your favorite cup noodles fall into the “evil” list, please refer to the article, “Beware of Your Sodium Intake! 76 Asian Soup Noodles Exceeded Daily Intake Limit”. CHOICE Magazine, Issue 496. (Chinese version only).

We know it is hard to “part” with your favorite instant noodles.  If consumers want to have a healthier way of eating instant noodles, just remember the following “1-2-3”:
1:  Cut down the amount of seasoning and sauce poured into the noodles. Only add bit by bit if you want to intensify the taste;
2: Don’t drink the soup which is loaded with sodium; and
3: Read the nutrition labels and pay attention to the calorie level and sodium content.

Don’t want to go out to eat and not into the canned foods at home? Takeaway foods can be a good alternative. The following 2 cases have highlighted areas that consumers may have easily overlooked. Have you got similar experience?

Case 1: Time was out and order was cancelled

Are you aware of the time restrictions attached to self-pickup? Although not being prompted at the time of ordering, some food delivery platforms have set out terms and conditions which require customers to collect their foods within a time limit, and failure to do so will lead to cancellation of orders without any refund.  If you opt for the self-pickup service and cannot collect the foods in time, you should contact the restaurants to try to extend the time. Otherwise, you may go all the way for nothing, but disappointment.

A customer once waited for 1.5 hours and finally received a call from a delivery staff saying that his delivery address was outside of the service scope, and as such his orders could not be delivered. The customer was puzzled as he thought the restaurant was shortlisted according to his address input.  Actually, he made a mistake by only inputting the district into the address field. And the rest of the address details, including real estate name and number were inputted in the field of “Delivery Notes”. Furthermore, the delivery staff had not been able to contact him on phone, so both the customer and the delivery staff had wasted a lot of time in “waiting”.  Consumers are reminded to check and verify their address details and check if they are being inputted in the correct fields.  For consumers who order takeaway foods at work as well as at home, they should pay extra attention not to mix up the addresses.

To find out how these cases were resolved and other areas concerning food deliveries, please refer to the article, “Food Delivery Has Become the New Normal. Beware of the Terms and Conditions to Avoid Disputes”.  CHOICE Magazine, Issue 525.  (Chinese version only).  Consumers are also asked to be environmental conscious and avoid the use of disposable cutleries.  Nowadays, many food delivery platforms provide “opt-out” option for cutleries.  Consumers are urged to use their own cutleries and make a contribution to our planet earth. 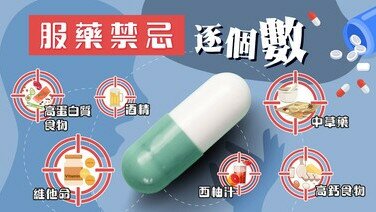 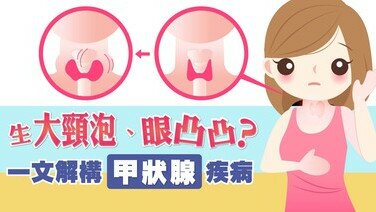 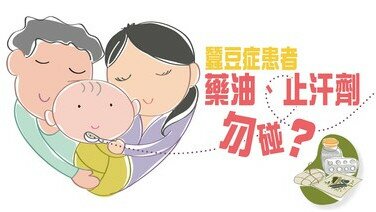 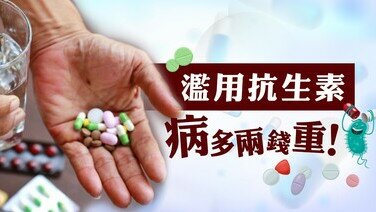 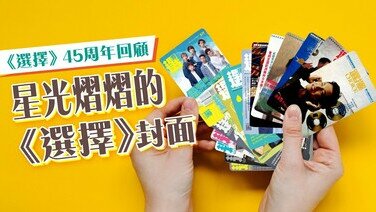 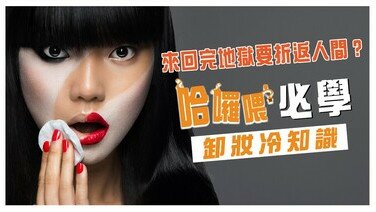