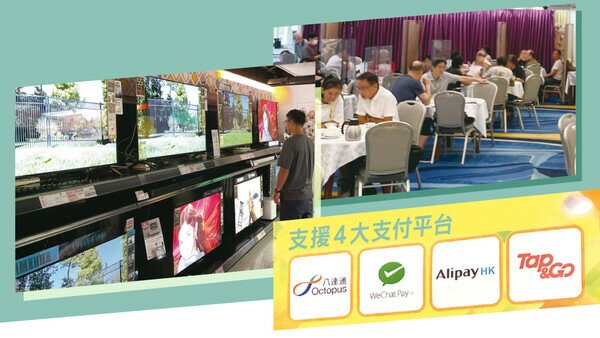 Since the launch of the Hong Kong Government’s consumption voucher scheme (“the scheme”), consumption vouchers have been disbursed to eligible registrants in 2 instalments from early August. The scheme allowed registrants to choose a preferred option amongst 4 Stored Value Facilities (SVFs) to receive and use their consumption vouchers. Not only does this arrangement encourage happy spending to boost the economy, it also helps boost the adoption of electronic payment systems. However, as of early October, the Consumer Council has received over 300 complaint cases related to consumption vouchers predominantly about the SVFs which accounted for 40% of all complaints, while dining services and electrical appliances recorded the second and third most complaints. Issues included minimum spend imposed by traders; duplicated deduction of consumption voucher stored value; as well as inconsistent refund arrangements.

The Council opines that while there are various benefits using SVFs, consumers’ confidence would be easily discounted by the frequent errors of the processing systems, such as duplicate or erroneous transactions, or if the trader resorts to unreasonable terms and conditions. The Council consolidated some common complaints related to consumption vouchers and urges traders and SVF operators to improve their services by drawing on past experience, so as to foster a more pleasant shopping environment for citizens upon the second disbursement of the scheme, thereby achieving the effect of reinvigorating the economy.

Case 1: Blame-shifting Between Restaurant and SVF Operator on Duplicated Deduction of Spending Value

The Council had enquired with the 4 SVF operators regarding the refund arrangements for transactions using consumption vouchers. If both parties agreed with the refund, 3 operators (AlipayHK, Tap & Go, and WeChat Pay HK) expressed that the stored value would be directly refunded into the consumption voucher account of the original SVF, while Octopus explained that the refund arrangement would be negotiated and decided between the trader and consumer owing to the difference in its operation mode.

After enjoying a morning “yum cha” discount session at Chinese Restaurant C in early August, the complainant wished to settle the bill of $42 with her consumption voucher but was rejected on the spot by the staff, who stressed that there was a minimum spend of $100 for using consumption vouchers. The manager of Chinese Restaurant C explained that notices were displayed at the cashier stating that a minimum spend of $100 applied for all types of e-payment tools. Thus, the complainant unwillingly paid the bill by cash. Afterwards, the complainant filed a complaint with the Consumer Council, querying the appropriateness of setting a minimum spend for using consumption vouchers as she had never heard of such practice and opined that this was against the purpose of encouraging consumption and promoting electronic payments. The Council issued a letter to Chinese Restaurant C to relay the complainant’s dissatisfaction and reminded the restaurant to improve the situation. At the same time, the Council also referred the case to the relevant SVF operator and received a reply that no similar situations had occurred after investigation. In response to the Council’s expressed concern on the issue, the 4 SVF operators confirmed that traders should not set minimum spend and once a violation is confirmed, they might cease partnership with the related traders.

The complainant purchased household goods from Company D using electronic consumption vouchers and wanted to use a $15 discount coupon for Company D provided by the SVF operator at the same time. However, the QR code of the discount coupon had a 10-minute time limit and would expire beyond that time. Despite trying repeatedly, the staff could not scan the QR code and as a result the complainant was unable to enjoy the discount. The complainant was dissatisfied with the short time limit provided by the trader and opined that the discount would become invalid due to oversight by the consumer or trader, or if the queue time at the cashier was too long. The Council contacted Company D and the related SVF operator respectively. Company D explained that it might have been due to system error on the day and offered 200 membership points to the complainant as compensation. As for the SVF operator, it surmised that the complainant’s phone screen might be too dim or too reflective for a successful scan and reminded consumers to adjust the brightness of their phone screens. The SVF operator re-issued a $15 electronic cash coupon to the complainant who was satisfied with the reply.

One of the main purposes of the consumption voucher scheme is to encourage citizens to keep up with the digital trend through the wider use of electronic payment tools in their consumptions. The Council has the following recommendations for traders and consumers in supporting the scheme: