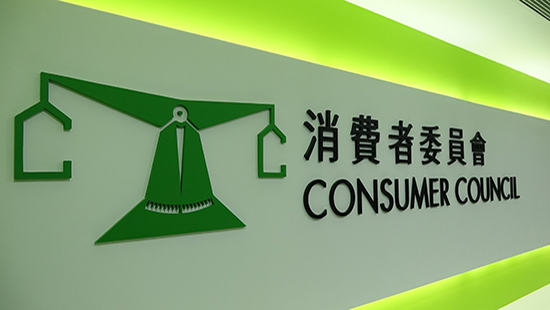 The Consumer Council has taken to task a time-share marketing company for engaging persistently in malpractices much to the detriment of the consumers.

As complaints against the rogue operator continued unabated and rising, the Council today (September 19) named the company in a sanction as a deterrence to other delinquent traders and an alert to the public against similar malpractices: including the use of misleading and high-pressure sales techniques, unfair terms that provide disproportionate advantage to the seller, and charge different types of fees.

The company in question holds itself out as a marketing agent selling time-share membership on behalf of a vacation club in Korea, and is trading as:

Its business involves marketing time-share vacation club membership which gives members the right to use a room in an overseas resort/hotel, usually one week per year.  The membership fee varies depending on the types of accommodation and the period of membership (up to 50 years).  If the resort is affiliated with any international vacation club network, they may become also members of the network and be entitled to use its other resorts/hotels, subject to additional fees.

In the first 8 months of this year, complaints received by the Council against the trader have increased more than four-fold, compared with the same period last year, from 11 cases to 48 cases. Since 2015, complaints against the company have accumulated a total of 75 cases, amounting to 75% of all complaints (100 cases) leveled against the time-share service sector in Hong Kong, and some HK$2.7 million involved.

The malpractices over time-share services has been around for many years but with publicity and education by the Council and the police, the issue has been out of the public limelight until its recent resurgence as signified by the recent increase of complaints against this company.

The sales malpractices
It all started with a cold call in response to a survey. In a few weeks or months, the complainants were offered to collect from the company in person a free gift, typically a 5-day vacation resort coupon!  Awaited them on arrival was a 90-minute sales promotion about time sharing schemes conducted in a room filled with loud music and heavy beats.  Soon enough the real pitch set in with the promise of tailor-made overseas vacation – but not without first signing a contract for membership of a vacation club in Korea.  When they declined, the pressure escalated.

The staff would take turns to pressurise the complainants into yielding, a process that could last over 2 to 5 hours, in most cases till late evening after 10 pm and even beyond midnight, when understandably the complainants were utterly worn out and gave in to signing the contract before they were allowed to leave the premises. Allegedly, throughout the process, their mobile phones were switched off under instruction making outside contact unavailable, and their identity cards and credit cards surrendered and withheld upon excuses such as registering for the free gift.

The excessive fees and charges
Little did they know that what they had signed up for was still a distant dream – reservation for the vacation resorts was subject to only after completion of full payment of membership fee ranging from HK$50,000 to HK$100,000. Further, consumers with little financial means were pressed into paying by instalments over long periods of time usually from 2 to 8 years. In one extreme case, the complainant was made to commit monthly instalments as little as HK$100 to HK$500 over 17 years ending 2035. Clearly the extended repayment plans were calculated to draw in practically all consumers regardless of their finance standing.

But, despite full membership payment, more charges may still be in the pipeline, for example, an annual management fee of the vacation club, in order to activate the membership.  For illustration, a member purchasing a HK$60,000 membership and paying by monthly instalments of HK$500 each may have to wait for 10 years, and pay additionally a club fee of US$380 before they are eligible for redemption of their first time-share vacation – a one-week accommodation in a resort.

The Council’s search of the 2 designated time-share Korean vacation hotels the complainants have contracted for – one with a website and the other without – indicated that the online booking daily rate of a double room in 2017 was only between US$50 and US$85. By comparison, the company’s levy of the total fees and charges was clearly excessive.

The harsh contract terms
Contained in the contract was a clause stipulating that purchasers of the membership may cancel the contract within a 3-day cooling-off period.  But the cancellation would cost the purchaser a sum of money equivalent to 25% or 30% of the total membership fee purported as an administrative fee. Such hefty charge would severely inhibit consumers from exercising the right of cancellation under the contract.

It is stated in another clause that the company guarantees the availability of the room if a member makes hotel reservation 2 years in advance; failing that, a full refund of the annual club fee will be made. In the Council’s opinion, it is neither reasonable nor practical to require members confirming a vacation plan 2 years in advance in order to secure a hotel room that they have already fully paid for.

Upon the complainants’ request and consent, the Council has referred 10 of the cases to the Customs and Excise Department for further investigation of suspected violation of the Trade Descriptions Ordinance.

To guard against unscrupulous sales tactics, consumers are advised of the following: