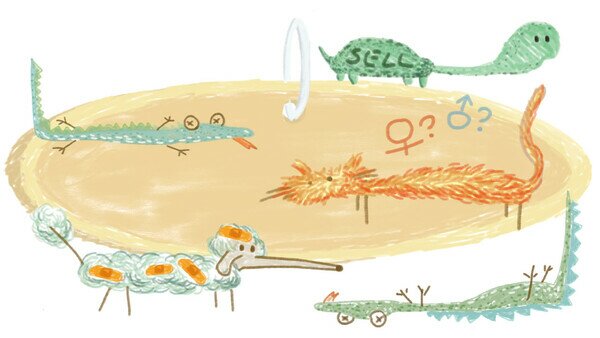 Emigration of Hong Kong people has been on the rise in recent years and this has led to the emergence of pet relocation services. The Consumer Council has received complaints on pet relocation service. A complainant has paid more than $10,000 to relocate 3 pets to Taiwan but trust was misplaced as the whereabouts of the pets became unbeknown thereafter. It was discovered half a year later that 2 of the pets had already died. The Council has also received complaints on pet grooming and pet trading. A pet was injured during a pet grooming while in another case, a female kitten was sold as a male. All these cases revealed that the quality of pet service providers varies vastly. Consumers are advised to shop around to assess the credibility and reputation of the service providers for making a careful choice.

The Council urges pet service providers not to hastily provide services for earning quick money due to the growing demands for pet relocation services, resulting not only the failure in providing the service as pledged but also putting the animals’ at risk. On pet relocation, whether handle it on their own or entrust a third party to make arrangements, consumers should personally get the information about the animal entry requirements of the emigration destination. When subscribing to pet services, consumers should request that a clearly written contract be signed and thoroughly scrutinize the terms and conditions and the relevant procedures. Consumers should also avoid depositing money into personal bank accounts and keep all transaction records to protect their own rights.

Case 2: Pet Shop Suspected of Mixing Up Kitten’s Sex Refusal to Compensate for the Kitten Died of Illness

The complainant purchased a 4-month old Maine Coon cat from Company B at a price of $14,280. Both the immunization record and the receipt indicated that the kitten was a male. The kitten began to manifest mild symptoms of illness after it was brought to complainant’s home but the complainant thought to be a problem in  acclimatization. However, its condition soon deteriorated and the veterinarian confirmed that it had peritonitis and the kitten eventually passed away. The veterinarian also discovered that the kitten was actually a female, which did not match the information on the immunization record and the receipt provided by Company B. The complainant therefore suspected the Company might have swapped a sick kitten  with the one she intended to purchase, accusing the company of negligence or deception.

Company B denied the allegations and refuted that complainant did not specify the gender of the kitten when making the purchase. The company also questioned why the gender problem was not spotted earlier and refused to refund, emphasizing that the 14-day health guarantee in the contract clause had expired and that peritonitis was not covered in the guarantee. The complainant considered filing a claim with the Small Claims Tribunal and authorized the Council to refer the case to the Customs and Excise Department for investigation.

The complainant took her poodle to Company C for pet grooming service. However, two hours later she was urged to return to the company as her poodle was injured. Upon arrival, the complainant found bloodstain and a wound on the dog, which was believed to be inflicted during shearing. The complainant brought her pet to the veterinarian immediately. The veterinarian suggested administrating general anesthesia to suture the wound. However, because the poodle was already 13 years old, the complainant declined the suggestion as the poodle was too old to withstand the risk of general anesthesia. Thereafter, she could only wash its wound and treat it with antibiotics daily. The complainant lodged a complaint to the Council, accusing Company C of negligence and failure to express neither its concern nor to follow up on the case. The Council was requested to issue a letter to Company C to reflect her dissatisfaction and record the case.

Company C replied that it was indeed an accident, and they had apologized to the complainant and paid for the medical expenses on the day of the incident. However, the complainant responded that her dog was still under medical treatment and the Council reminded that if she wanted to claim medical expenses from Company C, she might need to consider seeking independent legal advice.

The Council emphasized that pets’ lives must be respected and they should not be merely regarded as commodities. The immunization record and receipt provided by the trader on the sale of pet are important proof for the pet’s identity. Traders are obliged to ensure the accuracy of the information listed on the documents; otherwise, it might amount to the violation of the Trade Descriptions Ordinance. Consumers should pay heed to the following if they are considering using pet services: