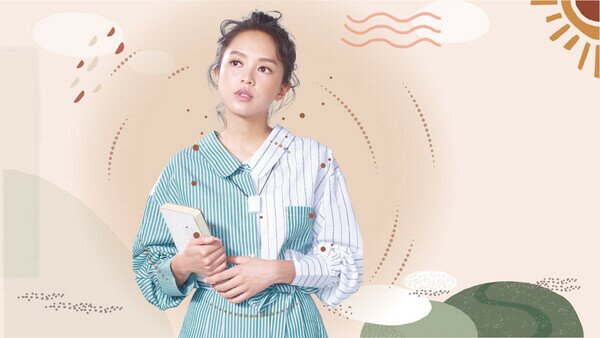 Putting on wearable negative ion air purifiers, which claim to have anti-bacterial and air purifying properties, has become a craze during the current COVID-19 pandemic. Many users believe that they would be free from health hazards if they wear one. However, the Consumer Council tested 10 wearable negative ion air purifier models and found that they had only limited effects in removing bacteria or air pollutants even when operated inside a tiny and sealed space. The overall performance was disappointing, all models were each placed in a tiny and sealed space and operated for up to 1 hour, but their bacteria removal rates were merely around 70% to 80%. 8 models scored 2.5 points or less (maximum 5 points) in the bacteria removal test while the other 2 models scored 3 points.

In the PM2.5 contaminant (particles of 2.5 micrometres or less in diameter) removal test, 6 models scored the lowest point of 1 point while the top 2 models scored only 3 points. The models were each placed in a tiny and sealed space for up to 2 hours; 6 models achieved a PM2.5 removal rate of less than 15% which was rather disappointing. The Council stressed that consumers should not blindly rely on wearable negative ion air purifiers with the belief that these products could shield them completely from bacteria and pollutants as their effectiveness in removing bacteria and reducing air pollutants in real life situations was doubtful. Users should not ignore the importance of washing hands frequently, wearing face masks properly and other basic pandemic preventive measures.

Wearable negative ion air purifiers were not fitted with filters, but they all claimed to be able to purify air by generating negative ions which could make pollutant particles in the air become negatively charged and adhere to other pollutant particles, thus getting heavier and deposited on or attached to the surface of other objects. However, these pollutants which are deposited on or attached to the surface of nearby objects could easily be affected by air movements and float again in the air, which might result in secondary pollution. Moreover, if consumers touch the surfaces contaminated with these pollutants and then touch their mouth, nose, or eyes, there might also be a risk of infection.

The test covered 10 models of wearable negative ion air purifier priced from $598 to $1,698, claimed to be made in China, Taiwan, Japan and Korea respectively. They were rated with an overall score between 1.5 points to 3 points. Test items included ozone concentration, negative ion density, bacterial removal ability, and PM2.5 (i.e. fine suspended particulates, common air pollutants mainly from vehicle emissions which could penetrate deeply into human lungs and cause health problems) removal ability.

In the bacteria removal test, each model was placed in a tiny and sealed test chamber of 1.5m3 (i.e. approximately equivalent to a small room with an area of ​​0.6m2 or 6.5ft2 and the usual room height of 2.5m) sprayed with Staphylococcus aureus in the air. After operating for 15 minutes, their measured bacteria removal rates were between 64.9% and 74.9% but after 1 hour of operation, even the model with the best performance could only achieve around 80% bacterial removal. The Council reminds consumers that no model could remove bacteria completely even when placed in a tiny and sealed testing environment for up to 1 hour, let alone in real life situations e.g. when users are taking part in outdoor activities or exposed to environments with abundant bacteria in the air. These devices would not offer sufficient protection against bacterial infection for users.

The test also evaluated the PM2.5 removal rate of the models. Each model was placed inside a tiny and sealed test chamber of 3m3 (i.e. approximately equivalent to a small room with an area of ​​1.2m2 or 13ft2 and the usual room height of 2.5m) and operated for 30 minutes. The PM2.5 removal rates among all models ranged from 2.0% to 53.1% but 6 models recorded less than 5%. Even after extending the operation time to 2 hours, the removal rates of the 6 models were still less than 15%. The top 2 models with the highest score also took as long as 2 hours to reach a PM2.5 removal rate of above 90% in the test chamber.

A higher Clean Air Delivery Rate (CADR) indicates a better purifying ability of the product. Models tested were placed in a sealed test chamber of 3m3 and operated for 20 minutes, and their measured CADR in removing PM2.5 air pollutants ranged from 0.2 to 4.2m3/hour. Some small air purifiers specially designed for use inside vehicles are bigger and fitted with filters; their CADR value in the removal of particulate matters could be higher than 20m3/hour. Although the designs of these 2 types of products are different, consumers can generally quantify the possible disparities in their CADR.

Consumers should pay heed that there are more variables in open environments in daily life situations as compared with the testing environment where the chamber is tiny and sealed, with no continuous pollutant source. Hence, the effectiveness of this kind of wearable negative ion air purifiers is further weakened. Relevant restrictions include:

- When outdoors, wind might blow the negative ions generated by the air purifiers away from the users, weakening or nullifying the purifying effect;

- Air purifiers take some time to achieve purification; however, pollutants are everywhere and are continuously emitted from vehicles or smokers outdoors;

- In indoor environments, such as bus/train compartments, malls or offices, pollutants might float towards the air purifier users due to air movement. As the users do not stay inside a tiny and confined location, the protection level of wearable negative ion air purifiers should be even more inferior to the test results;

- Even if the air purifiers can produce a purification effect, pollutants might deposit on or adhere to the skin or clothing surface; they can be easily affected by air movements and return to the air, which might result in secondary pollution;

- The negative ion technology commonly used for air purification is more suitable for use in indoor purifiers, such as reducing the spread of germs in the air in a medical environment and accelerating the deposition rate of dust at home.