Test on Sashimi: Excessive Methylmercury in over Half of Tuna Samples Parasites Detected in One Salmon Sample and Parasites with Worm Eggs found in One Tuna Sample 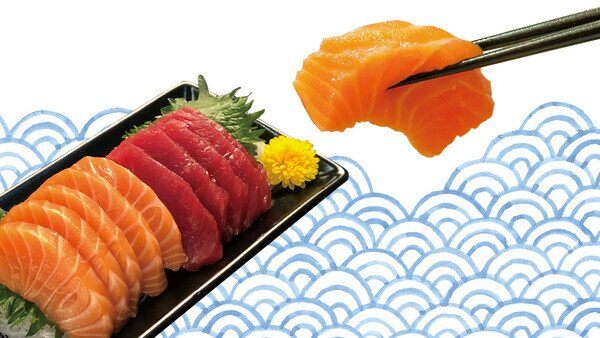 Sashimi is a favourite food of many consumers.  According to Consumer Council tests on 50 sashimi samples, 49 (98%) contained heavy metal, methylmercury (an organic compound of mercury), of which, 10 out of 19 sashimi tuna samples were found to contain methylmercury exceeding the statutory limit for mercury content in Hong Kong by up to nearly twofold.  If a woman of childbearing age consumes 6 pieces a week of the highest methylmercury sample, she will exceed the tolerable intake limit suggested by the Joint FAO/WHO Expert Committee on Food Additives (JECFA).  Moreover, 2 samples – 1 tuna and 1 salmon – were found to have parasites, and the tuna sample also had worm eggs.  The Council calls on the public to seriously consider the health risk of consuming sashimi raw seafood and the authority is urged to strictly enforce the laws related to food safety protection.

Included in the tests were 19 tuna and 31 salmon sashimi samples, sourced from restaurants, supermarkets and takeaway outlets.  The tests focused on the authenticity of the fish species, and the presence of parasites, worm eggs, heavy metals and veterinary drug residues.

JECFA recommends a provisional tolerable weekly intake of 1.6µg per kg of body weight.  So for example, a 60kg woman who is planning to get pregnant, the maximum recommended weekly intake is 96µg.  Based on the highest methylmercury content of 1.48µg among all the samples, each piece (assuming a weight of 12g) contains 17.8µg of methylmercury, so eating just 6 pieces of sashimi will exceed the upper limit.

Mercury is harmful to the body’s nervous system, particularly the developing brain, so pregnant women, women planning to get pregnant and young children should avoid eating fish that may contain high methylmercury levels, particularly big or predatory fish species.  Although the human body naturally excretes methylmercury, it is a very slow process, so it may take over a year for a body to reduce its level substantially.  Women planning to get pregnant should therefore stop eating such food at least 1 year before becoming pregnant to avoid harming the foetus.

In addition to heavy metals, the parasite roundworm was found in 1 tuna and 1 salmon sample, and the tuna sample also had worm eggs.  But as the worms and worm eggs had been chemically treated and their presence was small, it was not possible to perform a test on their genes to determine conclusively their species or if the parasites were alive, since the roundworms found were not moving at the time of the test.

Consuming raw or undercooked marine fish may expose to the risk of Anisakis (a type of roundworm) infection, causing symptoms such as abdominal pain, nausea and vomiting within 1 to 12 hours of ingestion.  If the small intestine is infected, an abdominal pain may occur within 5 to 7 days after ingestion as well as other allergic reactions.

According to the Codex Alimentarius Commission’s Code of Practice for Fish and Fishery Products, fish served raw must first be treated with a specific freezing process (at -20°C for 7 days or -35°C for 20 hours) to kill the parasites, which has the same effect as cooking food thoroughly.  To preserve their quality, most sashimi seafood, especially tuna, is frozen. But consumers should note that freezing cannot kill viruses or bacteria, so any fish or shellfish that is not fully cooked or is eaten raw poses a high risk of infection due to Vibrio, Salmonella, Norovirus and Hepatitis A virus, etc.

The tests also assessed the authenticity of the fish species.  1 of the 31 salmon samples was identified as a rainbow trout, and 30 were Atlantic salmon.  Though rainbow trout and Atlantic salmon belong to the same Salmonidae family, the former are fresh water fish, while the latter are marine fish.  The restaurant that sold the rainbow trout sample described it on the Chinese menu as “silver salmon”, a questionable description that does not correspond with the actual species.

In the case of the 19 tuna samples, all were found to belong to 5 tuna species: 4 yellowfin, 5 bigeye, 4 Atlantic bluefin, 2 Northern bluefin, and 4 Southern bluefin.  Bluefin tuna fetch a higher price than the others. According to information published by the Ministry of Agriculture, Forestry and Fisheries of Japan, bluefin tuna is 1 to 2 times more expensive than yellowfin and bigeye tuna.  In the tests, a sample with English description in the menu as “Bluefin Tuna” was found to be bigeye tuna.  The Council has referred the findings to the Customs and Excise Department for further assessment.

As it is impossible for the naked eye to identify whether parasites are present in fish, and excessive heavy metals could only be detected via laboratory tests. The Council urges traders to strictly comply with the statutory requirements to ensure food safety, while also calls for the respective authorities to step up their efforts in enforcement and inspection to better protect public health.