Quality of Power Banks under Scrutiny: 3 Found 40% Short of Rated Energy and 9 in Non-compliance with Safety Requirements 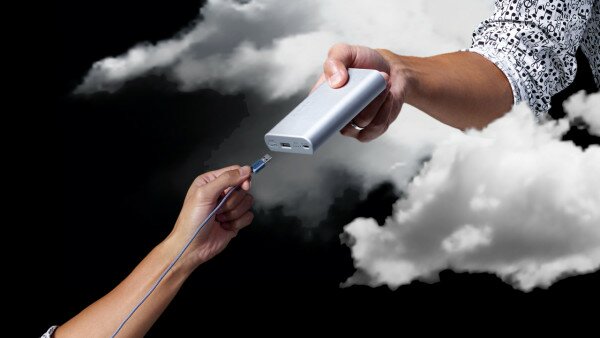 The modern day life is so much dependent on the mobile phone that it’s hard to imagine the device could suddenly stop because the battery has run out. That’s where the power bank comes in to your rescue.

A Consumer Council test has found a wide variation in the quality of power banks.  Among the 30 test samples, 3 were detected with a significant discrepancy of over 40% between the measured energy in the test and the rated energy on the products, 9 were unable to comply fully with the safety requirements, and 1 a total write-off  after being put through a series of 26 charge/discharge tests. As the product claims of some products were clearly at variance with the test findings, the Council has referred these products to the Customs and Excise Department for follow-up investigation.

Included in the test were 30 models of power banks priced from $79 to $500, with rated capacity ranging from 5,000 mAh to 12,000 mAh.  The models were shown to vary vastly in performance – the 4 top performers were awarded the full marks of 5 in overall rating while the 3 least performers scored a mere 1.5.

The discrepancy between the measured energy (as found in the test) and the rated energy (as provided on the product) was over 40% in 3 models, while only 6 models had a shortfall of within 15% thus scoring them 4.5 marks or higher for this test item.

Consumers are all concerned with the time needed to charge a power bank.  Substantial variation existed among the test models varying from 38.7 minutes to a long 135.9 minutes, a difference of 2.5 times, to output 5Wh.

The samples were also subjected to charge/discharge tests repeatedly 100 times in simulation of the appliance after one-year of service, to find out the extent of change to its energy.  One model was put out of service after only 26 times of repeated charge/discharge.  For the remainders, the drop in energy at the end of the tests in 26 models was measured to be within 10% but the energy drop recorded in 3 others was less than satisfactory – at 10.1%, 24.5% and 60.5%. The sample with a 24.5% energy drop had even a swollen battery and a bulging body by 4mm in thickness.

Further, the actual input current of 3 models were higher than their rated value, between 20% and 70%, exceeding the 10% standard tolerance upper limit.  There is a chance when the power bank is being charged, the USB power supply becomes overloaded leading to overheating.

Incidence of power banks set afire and explosion occurs every now and then.  As a power bank is frequently in use, the issue of safety is of much concern. With reference to the International Standards IEC 60950-1, Certification Standards UL2054 and UL2056, the Consumer Council has conducted some basic safety tests relating to: resistance to fire, short circuit protection, and temperature rise. 9 models were shown to be non-compliant with some safety requirements while 7 deficient in fire resistance of the outer cover, it continued to burn for more than 60s after a flame is applied for 30s. Power bank may cause danger once a fire is triggered by short circuit.

In view of its frequent usage with some consumers owning more than one power bank, and as the test has revealed the quality of the product leaves much to be desired  putting its safety in doubt, the Consumer Council urges the Government to strengthen its regulation taking reference of the overseas practices in the neighbouring areas.  In Taiwan, for instance, power banks are required to be in compliance with electric safety regulation including the labeling of output capacity; in Singapore, power banks must pass all related safety tests and provide guidance to consumers on their safe usage.

Consumers are advised to take heed of the following in the use of power banks: