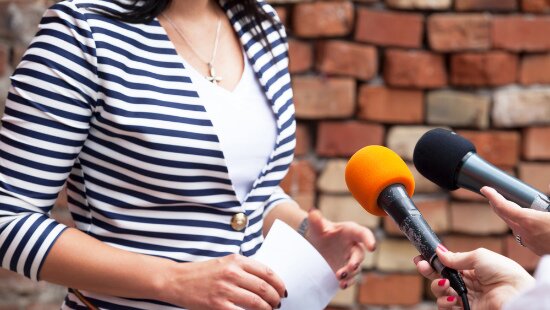 The Consumer Council is deeply concerned about recent cases involving unscrupulous sales tactics of certain retailers of pharmaceutical products, dried seafood and herbal medicine, which have been detrimental not only to consumer interests but also tarnishing Hong Kong's reputation as a Shopping Paradise. The Council publicly named 7 such sellers today (13 August) and reprimanded their malpractices.

To deter other "black sheep" in the trade and alert consumers of possible frauds and losses, the Council has decided to name the following 7 traders which operate in the name of dispensary, pharmacy and medicine shop respectively. Details of the shop as follows:

Uncooperative in the face of complaints

In the past 7 months of this year, the Council received a total of 127 complaints about the 7 traders being named, involving the sale of ginseng, dried seafood and Chinese medicine, reaching over $1.5 million in the amount of transactions. Amongst the 127 cases, only 35 cases were resolved to various extents after the Council stepped in to conciliate. The resolution rate was less than 30%, which is far below the average rate at above 70%.

In the face of complaints, some traders refused to be responsible and adopted uncooperative attitude. Worse still, they continued to adopt such undesirable trade practices detrimental to consumer interests.

In the past few years, the number of complaints involving sale of ginseng and dried seafood received by the Council was on the rise. In 2014, there were 845 cases, a 22% increase over the past year. From January to July this year, the number of complaints reached 531 cases, an increase of 13% from 470 cases of the same period in the previous year.

Besides, the Council found that although some traders named were operated under different trading names, directorship was under the same person as shown on the public information such as business and company registration. There were also cases about trader being complained resuming operation at the same location in one or two days' time after face-lift using a new trading name.

A vast majority of the complaints revealed that tourists were the main target of these 7 unscrupulous traders. This publicity sanction is a strong warning signal to the dubious traders showing the Council's disapproval of such undesired trade practices. Such malpractices will seriously jeopardize consumer interests and reputation of the retail industry that Hong Kong has long established. It is imperative for the enforcement authorities to take decisive action to repress the unscrupulous trade practices.

The Council reminds customer to pay extra attention to avoid falling prey to dishonest traders. It also calls for the industry to exercise self-regulation to safeguard reputation of the industry. Meanwhile, the Council urges regulators concerned to enforce stringent control.

Since the implementation of the Trade Descriptions Ordinance in July, 2013, the Council has been working closely with the enforcement authorities by keeping the Customs and Excise Department informed about details of relevant cases, assisting follow up and implementation of appropriate actions.

As a possible means to prohibit unscrupulous trade practices, the Council also wishes that regulators like the Pharmacy and Poisons Board of Hong Kong, will take into account complaints about unfair trade practices in terms of gravity and number when considering, licence issuing, renewal or revocation.

The Council believes the introduction of such a consideration factor as suggested above will help the industry develop in a healthy manner and in the long run towards building honest and trustworthy trade ethics for the better protection of legitimate rights of both local and tourist consumers.

Furthermore, the Council will also work closely with the consumer protection organizations cross-straits and share latest market intelligence. Through news reports and educational video clips shopping alerts are given to tourists.

The following are shopping tips/suggestion for consumers and tourists:

The Council will continue to closely monitor sales practice of drug stores, further strengthen consumer education and work in close collaboration with relevant authorities and industry. It is hoped that with these combined efforts, unfair and dishonest trade practices will be put to a stop and the confidence of consumers be restored.

* The name on the signboard is "龍城中西大藥坊", but it is registered as "Dragon City Medicines Limited" in Companies Registry.