Buying a Secondhand Car Can Be a Minefield - CHOICE # 444 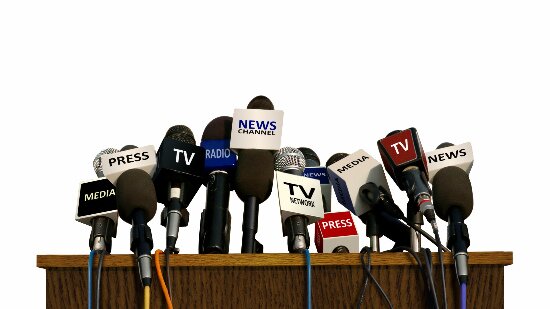 The road to buying a secondhand car, that's mechanically sound and reasonably priced, is fraught with pitfalls and clearly no easy navigation for any consumers.

Always do your homework first and unless you're certain you have your questions fully answered, and the car properly inspected, don't pay or sign anything.

For the first eight months of this year, the Consumer Council has received a total of 39 cases of complaints in relation to the purchase of used cars, an increase of 24 cases, or 63%, over the same period last year.

In one typical case, the complainant (a Mr. Wai) got more problems than he bargained for in the purchase of an expensive secondhand car from a dealer for a price of $650,000. After an exchange of text messages on the handset with the salesman, he promptly signed a provisional sales agreement and paid a 10% deposit of $65,000.

Two weeks later, he received a copy of the Vehicle Registration Document; he also asked that the car be delivered to a garage of his choice for an inspection. Woe soon followed one after another.

First, the garage came back with a long list of defects that required repairs in the engine, the brake, and the gearbox, etc., at an estimated sum of $63,000. Second, he found out that the dealer had given him a description of the car that was far from truthful.

He was originally told that the car had only one previous owner but on the Vehicle Registration Document, the number of previous owners was stated "2". In other words, the complainant as the new owner would become the owner number 3 of the vehicle, seriously affecting the resale value of the car.

Further, concerned that the car might have been driven previously in the Mainland, he had specifically ascertained from the dealer that the vehicle had been used only in Hong Kong. He was assured it was the case. But the inspection by the garage had turned out evidence that proved otherwise.

Utterly disappointed, he wrote to the dealer expressing his dissatisfaction, and demanding cancellation of the transaction and refund of the deposit. He was flatly rejected, and subsequently sought the assistance of the Consumer Council. Conciliation between the two parties was to no avail.

Upon advice of the Council, the complainant took his case to the Small Claims Tribunal which ruled in his favour. The dealer was ordered to pay the claimant a sum of $50,000 (the small claims limit) and the costs of $162.

In another typical case, the complainant (a Mr. Cheung) was persuaded to buy a secondhand car which the dealer undertook to give the car a thorough check on its condition as well as a 6-month or 5000 km aftersales maintenance package similar to that of a brand new car. Assured by the promise of service, he duly signed a purchase agreement and paid the full price of $203,000 and a vehicle inspection fee of $2,000.

But in less than a week in use, the car had a breakdown. As it was Lunar New Year holidays, he could not reach the dealer and so he took the car to a garage for maintenance. It was found that the car battery had been damaged for some time and needed to be replaced.

Two months later, the car engine suddenly stalled and had to be towed away for repair. This time the failure was found to be the cooling fan motor. The replacement of the fan cost $5,850 and together with the towing fee of $650, the total came to $6,500.

Since the problem occurred during the maintenance period, the complainant deemed that the dealer should bear the cost. The dealer, however, was quick to point out that as stipulated in the terms and conditions of the maintenance service, failure of electrical parts including the fan in question was not covered.

The complainant was dissatisfied and objected to the unreasonable sale tactics of the dealer, who had undertaken to provide maintenance service similar in the sale of a new car, without mention of the exclusion of electrical parts. He also did not receive the maintenance certificate with its terms and conditions until more than two weeks after the purchase agreement was signed and payment of the car fully settled.

There are no simple tips in used car buying. But it helps to buy from dealers of good repute. Always take the time to read the details before signing any contract or document. Pre-purchase car inspection, by a competent garage of your choice, is most essential to uncover hidden defects and to ensure the condition of the vehicle is what the dealer claims to be.

For more advice and common malpractices in used car buying, consumers are urged to refer to the report in this (October) issue of CHOICE.