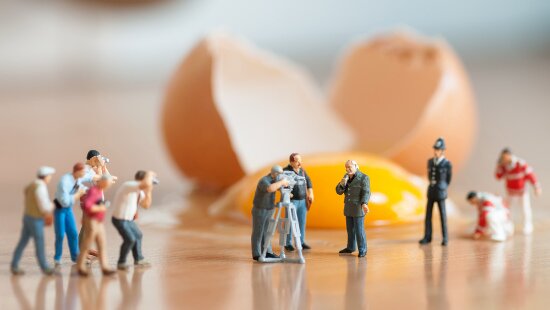 A Consumer Council test on bookcases has given rise to concerns over the stability of bookshelves.

The shelves of over half of the bookcase samples in the test were considered prone to slip out and fall down, posing hazards of injuries to people nearby.

Such potential hazards of tumbling bookshelves - along with books and whatever on them - are all the more acute in the many high-rise bookcases found in homes of crammed living conditions.

Included in the test were 12 samples of wooden bookcases sourced from furniture shops and department stores at a price range of $250 to $2,100. They were tested for stability and strength.

According to the test, the shelves of 3 bookcase samples were found to be not sufficiently secured against falling out, and the shelves of 1 sample could tip when a downwards-vertical force is applied in the front edge.

Notwithstanding the instability of bookshelves, the test found the stability of the doors and the freestanding bookcases of all samples to be sound and in compliance with standard. The spectre of the entire bookcase tumbling down is unlikely if use properly.

With regard to their impact resistance, 2 of the samples were found with slight cracking in the surface while the remainders had only visible impact marks. All samples were in compliance of deflection resistance and moisture content in the test.

Consumers are advised to take heed that the problem of bookcases does not stop at the stability of the products themselves. For reasons of poor workmanship or mishandling during delivery, it is important to also inspect a bookcase thoroughly before acceptance.

As the test found, 10 out of the 12 samples upon delivery, were observed to have defects such as loosen parts, broken wooden plank, crack in a glass door, scratches, burrs, surface coating peeling off, etc.

But, with rare exceptions, these maternity packages share one common feature: they do not cover such medical expenses as the obstetrician and anesthetist charges.

Consumers will therefore do well to take into account such medical expenses which no doubt will substantially boost the size of the final hospital bills.

Consumers are advised to also shop around to take advantage of the wide price variances of the different packages that most suit their budgetary and other requirements.

In the case of natural birth delivery, excluding obstetrician and anesthetist charges, a 3-day maternity package in a general ward could cost from $10,800 to $13,000. For the luxury of a private ward (with seaview and balcony), the price would more than double to $27,000.

And as is the common practice of private medical practitioners, their charges escalate in accordance with the grades of the wards the patients occupy. So, it will be prudent to make allowance for that, too.

Further, besides doctors' charges, maternity packages do not necessarily include expenses for the use of such items as forceps or vacuum delivery, meals, sanitary towels, napkins and tissues, oxygen and nursing care in operating room, neonatal resuscitator and neonatal transport incubator, etc.

In addition, extra charges may be imposed for caesarian birth outside non-regular operation theatre hours, which vary according to a hospital policies.

In view of the precautionary action in Japan to voluntarily recall or change the formulations of cosmetic products due to the BSE (Bovine Spongiform Encephalopahty) incident, the Council has sought verification from major local cosmetic product agents and retailers, as well as 83 Japanese manufacturers if similar action has been or will be taken in the Hong Kong market.

Their responses have indicated that the products on the notice list of the Japan Ministry of Health, Labour and Welfare were not exported to Hong Kong, or that their products have been switched to new formulations.

According to the Ministry, manufacturers are requested to:

According to the Hong Kong Medical Association, there is no medical evidence to indicate that BSE can be contracted through skin or mucous contact.

But as a general safety practice, consumers are advised to avoid using any non-medical preparations, including cosmetic products, on wounds or mucosal areas.

On skin-whitening products, the Council drew the attention of consumers to the recent mercury poisoning case suspected to be caused by a beauty cream with high concentrations of mercury ranging from 7,000 ppm to 21,000ppm.

The Council warns that mercury in excessive quantity in cosmetic products may cause serious side effects such as hand tremors, visual or hearing loss, memory deteriotation, irritability and difficulty with sleeping. Mercury can damage the kidneys and can also pass from the mother to the fetus resulting in impaired brain development.

Another ingredient, hydroquinone, in skin-whitening products may cause mild reactions such as a burning sensation or skin reddening.

In Hong Kong, cosmetic products with hydroquinone are regulated as pharmaceuticals and required to be registered before being sold to consumers.

The Consumer Council observed that although skin-whitening products may help lightening the skin colour, there is no better way to prevent skin darkening than to use sunscreen and hat, and avoid the midday sunlight.

The Consumer Council has successfully intervened to narrow the "digital divide" facing some sectors of the community.

In this case a consumer was unable to access the Internet because he did not possess a credit card to open an account with a service provider. The consumer complained to the Council after his application for Internet service was turned down.

The Council, with the co-operation of Office of the Telecommunications Authority (OFTA), has now found a service provider which will accept cash for payment of internet services for the complainant.

The OFTA has written to major Internet providers requesting them to consider payment methods other than credit cards such as cash, bank cheques or autopay to cater to different customers' needs.

According to OFTA, 4 of the 5 major broadband service providers have already agreed to accept not just credit cards as the only payment method. More are expected to follow suit.

With the approach of the Chinese New Year, the Consumer Council has issued a timely reminder to parents on the importance of toy safety.

For the past 12 months, the Customs and Excise Department has undertaken 1,097 spot checks on a diversity of retail outlets on various kinds of toys.

The Department has tested and found 21 models of toys to fail to comply with prescribed toy safety standards, posing potential hazards of burn or suffocation.

In addition, two toys identified to be Shelcore - Stand-up 'N Play Table Set and I'm Toy - My Xylophone, were assessed to pose a high risk of serious injury to children under 3 years of age and had to be recalled from the market.

Prosecutions were also initiated under the Toys and Children's Products Safety Ordinance, 9 cases of which were completed during the year 2001 with a total court fine of $73,800.

In view of the availability of unsafe toys in the marketplace and the approach of the Lunar New Year Fairs, the Consumer Council wishes to caution parents to choose toys with due care to safeguard their children from unsafe toys.

EASY help for people with symptoms of early psychosis

As many as 700 young people aged 15 to 25 are at risk of developing symptoms of early psychosis in Hong Kong each year.

The problem, however, is all the more worrying as many of them would not be aware of the state of early psychosis.

Its symptoms are often misconceived to be the normal fluctuations in the tempers and moods of young people, and delay in seeking treatment is often resulted.

But, according to the Consumer Council, help is now at hand.

The Hospital Authority has launched the E.A.S.Y. Programme (Early Assessment Service for Young People with Psychosis) to provide assessment and appropriate treatment.

A hotline: 2928 3283 and website: www.ha.org.hk/easy have been set up for public enquiry and referral of cases.

The Council is concerned over the lack of public awareness of symptoms of early psychosis.

Past statistics here have shown that people with early psychosis sought medical/psychotic treatment, on average, only after 1 1/2 years after the onset of the symptoms, which often had an adverse impact on the effectiveness of treatment and chances for full recovery.

The quality of DVD players seems to be independent of their price. A Consumer Council test on 12 DVD players, priced from $1,780 to $9,990, has revealed that all samples produced superb picture and sound quality.

Significant variations were detected in respect of performance related to error corrections (capability to play faulty CDs or DVDs), convenience and versatility. For detailed information, consumer can consult the comparative test report in this (January) issue of CHOICE.