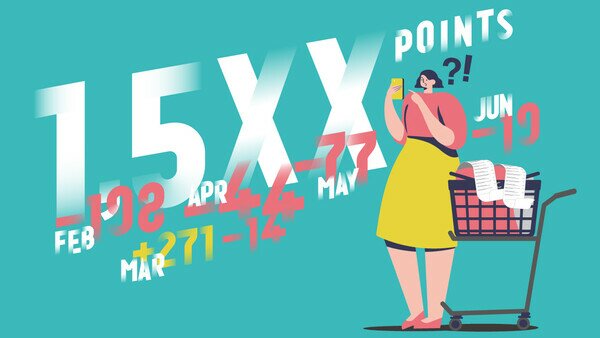 In recent years, many chain stores launched membership reward programmes that can bundle with credit cards or e-payment tools to let consumers earn points while they shop and to encourage patronage. After saving a specific amount of points, consumers can redeem various rewards. Based on the related complaints lodged with the Consumer Council, a lack of transparency was observed in the terms and conditions of different membership reward programmes. There were also system errors that eventually disallowed consumers from redeeming specific rewards. While the original intention of these reward schemes was to build customer loyalty, the loss of points or failure to redeem rewards due to various reasons adversely affected the mutual trust and relationship between traders and consumers, resulting in loss that outweighed the benefits.

The Council emphasises that consumers earned the membership points through cumulative spending, and naturally they have reasonable expectations of the accuracy of the account balance as well as the validity period of the rewards and redemption. Therefore, traders offering reward programmes are vested with the responsibility to ensure the smooth running of their membership system and the related applications. Besides, they should improve their customer service, such as increasing the efficiency of customer hotline services and installing in-store facilities, to help consumers check their account balance and address their point-related enquiries. As some consumers may not be familiar with the use of mobile apps, the Council recommends traders to clearly indicate the points balance and reminders of expiry dates on the receipts. Staff members can also ask customers whether they would like to spend points at checkout. These measures can improve the service quality and help attract continued patronage.

The complainant is an elderly lady. She earned points with Company A’s membership card each time she went shopping at supermarkets. However, after a shopping trip, the complainant discovered from the receipt that the points in her account had decreased. After checking the receipts from earlier this year, she found that her balance of 1,521 points in early January had dwindled to 1,323 points some 10 days later, while records in late March showed that she had 1,594 points, but had dropped to 1,550 in early April. The complainant was puzzled as she had never redeemed any rewards with her points in recent years, and in theory the points should only increase but not decrease. When she called Company A to enquire about the deduction, a staff member explained that these points had a validity period of 2 years and that they would be automatically deducted after their expiry dates. After repeated negotiations, the staff member verbally agreed to return about 405 points to the complainant but the points must be spent within half a month. The complainant also received a reminder of pending point deductions of 14 points in late April, 77 in May and 19 in June from her account respectively.

The complainant stated that she was not aware that some of her earned points would expire almost every month. After checking the receipts by herself, she estimated that Company A had deducted almost 445 points from her account last year. She opined that, in general, the elderly did not know how to check their points using smartphones and had to rely on the receipts that displayed their account balance. She was also not aware that unspent points would be deducted upon expiry and had thus wasted her points. Therefore, the complainant requested Company A to return all the deducted points and opined that Company A should not set any expiry date for the points. She also urged Company A to improve their system to keep customers informed of the expiry dates.

After the Council’s conciliation, Company A exercised discretion and transferred about 800 points to the complainant’s membership account. Company A reiterated that these points had a validity period of 2 years. The Council relayed the results to the complainant and reminded her to pay heed to the expiry date and spend her points as soon as possible.

The complainant earned points from Company B through shopping with his credit card and redeemed 6 supermarket $50 e-cash vouchers through Company B’s mobile app on 26 March this year. 10,000 points were used to redeem each voucher. The complainant then used 2 e-cash vouchers for shopping. However, as he was about to use the other vouchers recently, he found that the 4 remaining vouchers had disappeared from his app. The complainant called Company B and learnt that the e-cash vouchers, being a special promotional offer, had already expired on 9 April. The staff member then ended the call hurriedly, leaving the complainant dissatisfied as he opined that a 2-week validity period was unreasonably short. He claimed that he would not have spent 60,000 points to redeem 6 vouchers in one go had he known about their short validity period. As the complainant believed that Company B treated consumers unfairly by omitting the vouchers’ expiry date on the reward redemption web page, he lodged a complaint with the Council to demand the return of the points for the unspent vouchers.

Company B eventually returned points equivalent to 4 e-cash vouchers to the complainant and the case was settled. On examining the website of Company B’s membership system, the Council noticed that the validity periods were usually displayed beneath the corresponding rewards but these periods varied from one reward to another. Consumers should read the details carefully before redemption.

Case 3: Member-exclusive Offers not Redeemable Due to System Error; No Refund Granted despite Waiting for 3 Months

Company C’s reward programme offered selected members discount vouchers for free. One of these vouchers could be used to deduct $20 from every $200 purchase of homeware. The complainant purchased a product for $349 at a homeware store and presented Company C’s member QR code at checkout. However, the receipt showed that $20 were not deducted. The complainant thus reported the issue to the on-site staff immediately, but they only stated that the offer was unavailable due to system error. As there were many people lining up at checkout, the complainant decided not to argue further. She reported the issue to Company C by email after returning home.

The complainant eventually received an email from Company C after waiting for almost 3 months. Company C admitted that the failure to deduct $20 was due to a system error and apologised for the incident. However, Company C stated that a refund of $20 or points of equivalent value would not be granted due to its complimentary nature. Company C claimed that they had reviewed the incident and reminded their trading partners to upgrade their payment systems. The complainant lodged a complaint with the Council as she was displeased to receive Company C’s reply after almost 3 months. She also opined that Company C should honour their promise to their members irrespective of whether the vouchers were offered for free or not, as she had already fulfilled the spending requirements.

The Council requested Company C’s follow-up by mail and received a reply that points equivalent to $20 (a total of 4,000 points) had already been credited to the complainant’s membership account. The complainant eventually accepted this solution but remarked that they would have saved 3 months if Company C had proactively handled her case in the first place.

When spending membership points and redeeming rewards, consumers should pay heed to the following: