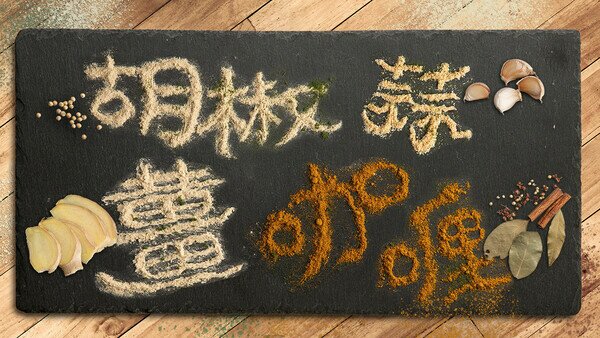 Dining out has become less common during the pandemic and instead, people spend more time cooking at home. While food ingredients remain more or less the same, the addition of dried spices could enhance the colour, aroma and taste of the dishes. The Consumer Council tested 37 samples of dried spices available in the market including pepper, ginger, garlic, curry and spice mixtures which are popular items in every kitchen. 9 samples (24%) were found to contain aflatoxins (AFs) and/or ochratoxin A (OTA). 1 curry powder sample was found to have total aflatoxins content level exceeding the Hong Kong regulatory limit and the EU standard. Dry spice producers are urged to improve the production process soonest to reduce the level of aflatoxins in their products. In addition, 3 samples were found to contain both aflatoxins and ochratoxin A but local authorities have yet to set the maximum limit for the concentration of ochratoxin A in dried spices. The Council advised the Government to consider introducing relevant international standards for producers to follow in order to safeguard consumer health.

Aflatoxins and ochratoxin A are mycotoxins, i.e. toxic metabolites produced by fungi. The 37 samples tested included 23 pepper, 4 ginger, 5 garlic, 4 curry and 1 mixed spices with garlic. The test focused on their aflatoxin B1, B2, G1, G2 and total aflatoxin contents as well as OTA contents.

AFs are mostly seen in hot and humid places and comprise mainly 4 categories: B1, B2, G1 and G2. They could contaminate edible plants. According to the International Agency for Research on Cancer (IARC), AFs are Group 1 agents i.e. carcinogenic to humans with B1 has the highest toxicity. Exposure to AFs play a role in liver cancer in humans, especially in persons with hepatitis B surface antigens and possibly for persons with hepatitis C viruses. AFs could affect the foetus through the placenta and impair infant development. The chemical structure of AFs is relatively stable and could hardly be eliminated during the cooking process and under cooking temperature. The Joint FAO/WHO Expert Committee on Food Additives (JECFA) has not set health-based guidance values for AFs but recommended that the intake should be reduced to as low as reasonably possible.

The test found 7 samples (19%) contain AFs. They were 3 white pepper, 2 curry powder, 1 ginger powder and 1 garlic powder with contents ranging from 1.1µg to 20.1µg per kg, a difference of over 17 times. The total AFs content of 1 curry powder sample was 20.1µg per kg which exceeded the Hong Kong regulatory limit of 15µg per kg. It also exceeded the EU standard of 10.0µg per kg by more than one-fold. This sample also contained the highest concentration level of AFB1 (13.2µg per kg), exceeding the EU maximum level of 5.0µg per kg by over 1.6 times. The Council has relayed the test findings to CFS for follow-up and urged dried spice producers to reduce the AFs content in their products to safeguard food safety and consumer health.

Ochratoxin A is the most common form of ochratoxins. IARC classified OTA as a Group 2B agent, i.e. possibly carcinogenic to humans. According to animal experiments, exposure to OTA could increase the incidence of hepatocellular tumours, renal-cell adenomas and carcinomas and also cause immunosuppression in a number of animal species. There is currently no regulatory oversight on the maximum limit of concentration of OTA in dried spice products in Hong Kong. According to the EU regulatory requirements, the maximum level of OTA for pepper and ginger is set at 15µg per kg but no limit was set for garlic. In the test, 5 samples (14%) were detected with OTA included 2 white pepper powder, 1 ginger powder, 1 curry powder and 1 garlic powder with content ranging from 2.0µg to 7.4µg per kg, a difference of 2.7 times. A garlic powder sample which has the highest content level of OTA was also detected with AFB1.

The Council published the test results of AFs and OTA content levels detected in Capsicum spp. spices, nutmegs and turmeric samples in the October 2019 issue of CHOICE. Combining both tests results, it is highly likely to detect AFs and OTA in dried spices. Consumers should not overlook the health risk and choose carefully even though the intake level of dried spice is generally low. The Council advised the Government and the industry to make reference to the Code of Practice for the Prevention and Reduction of Mycotoxins in Spices established by Codex Alimentarius Commission and should begin drafting the maximum level of OTA in dried spices to regulate and improve the safety of spice.

When choosing and cooking with spices, consumers should take heed of the following: