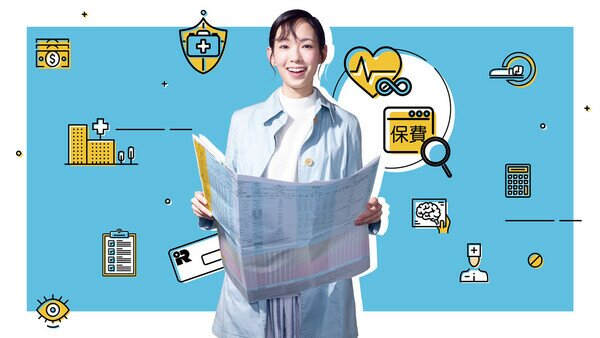 Hong Kong people spent over $10 billion in medical insurance premiums every year but the diverse differences in insurance coverage, insured amount, and interpretations of terms and conditions have led to frequent disputes in compensation on claims. To enhance consumer’s confidence and relieve the pressure on public healthcare system, the Government has launched the Voluntary Health Insurance Scheme (VHIS) last April in a bid to resolve the problem. In a survey on all the VHIS Standard Plans and Flexi Plans available on the market, the Consumer Council found that while the 29 Standard Plans were basically the same in their coverage and benefit limits, the premiums required differed significantly by more than twofold. In the case of the 28 Flexi Plans, the upper limits set for annual compensation claims varied from $420,000 to $30 million, a substantial variation exceeding 70 times. Though the Government provides to VHIS policyholders, either insured for themselves or their designated family relatives, to entitle a yearly maximum $8,000 insurance premium tax deduction per each of the insured, but as the insured amount and protection of the plans differed so vastly, consumers should compare carefully based on their personal needs and affordability in the choice of policies that suit them most.

Standard Plans under VHIS provide 12 “basic benefits” including standardised benefit limits, the enrolment age from 15 days after birth to 80 years old and guaranteed policy renewal up to the age 100, and coverage of unknown pre-existing conditions to different percentage levels depending on the number of policy year. Insurance companies offering VHIS will post the standard premiums for the different enrollment age and genders on their websites for easy reference.

In review of the 29 insurers on the market offering Standard Plans, they are all in compliance with the regulations, providing basic cover for policyholders. However, of which 19 insurers included other benefits in their plans, for instance, death benefit and hospital cash benefit, etc. without additional premium. The 10 remainders provided no such other benefits but same basic benefit protection.

Despite the 29 Standard Plans were identical in the basic protection and benefit limits, their premiums were, however, at great variance. The standard premiums based on the gender and age of the insured, breaking up into 9 age groups of 15-days-after-birth, 10 years old, 20 years old and up to 80 years old and further dividing into the male and female groups. The results showed wide variation between the highest and lowest premiums in each group, by more than 2 times. In the 70-year-old female group, for example, the highest premium plan amounted to $30,736 per year compared with the lowest $8,419, a variance of nearly 2.7 times.

Comparison of 10 plans with identical protection also showed varying premiums. For example, in the 25-year-old male group the lowest and highest premiums were respectively $1,689 and $3,006, a nearly 80% variance. And in the 80-year-old female group the variance was even greater, from $14,443 to $36,166, a discrepancy of over 1.5 times. Moreover, some of the Standard Plans which provide extra benefits may offer lower premiums than those do not i.e. these only cover basic benefits.

To cater the different needs of the insured, insurance companies would offer, within the framework of the Standard Plans, Flexi Plans to enhance the basic benefits and the benefit limits; or supplementary benefits in addition to the basic items, for instance, emergency outpatient treatment or private nursing services, etc.

In the survey on the coverage and premiums of 28 Flexi Plans provided by 21 insurance companies on the market, the Council found a diverse range of supplementary benefits in Flexi Plans that render direct comparison most difficult. 6 plans would provide full compensation for most of the basic benefit items but among them 5 offered the choice of what is commonly known as deductible – within the same plan, the bigger the deductible amount the lower the premium required. Conversely, opting for no deductible would exact a relatively higher premium.

9 Flexi Plans offered either in Hong Kong Dollar or United States Dollar policy choice, the remainders 19 plans in only Hong Kong Dollar. Owing to the differences in benefit items and limits, the annual premiums varied even more widely than those of the Standard Plans. For instance, the annual premiums required of 40 years old male ranged from $2,901 to $47,682, a difference of over 15 times; and for 80 years old female from $16,408 to over $240,000, a variation of over 13 times.

Consumers should pay heed to also the difference in the benefit limit for non-surgical cancer treatments. Except 4 plans provide full reimbursement, the remainders 24 plans have all set upper benefit limits generally from $80,000 to $700,000; and 1 insurer offered an insured sum up to $2 million.

One of the differences between VHIS and general medical insurance is that the former will cover computed tomography (CT scan), magnetic resonance imaging (MRI scan), and position emission tomography (PET scan) that are recommended by registered doctors though the protection varies among the 28 plans – 4 plans would reimburse all costs while the rest have set the upper limits from $20,000 to $60,000. In general the insured (Flexi Plans) are required to bear 30% of the costs.

While the basic benefits are similar with those of the Standard Plans, most Flexi Plans provide enhanced benefit items such as kidney dialysis, emergency outpatient treatment, private nursing, hospital companion bed, etc. But the plans differ in their enhanced benefit items and benefit limits, consumers should choose according to their needs with due care.

Given to the numerous plans in the market, consumers who are considering to re-insure or renew their existing health insurance plans to VHIS should be mindful. Policyholders wishing to change their general medical insurance to VHIS Certified Plan may be subject to re-underwriting and required to disclose the latest health conditions. Consumers should pay attention in the course of policy migration, if the insurers reject the migration application, or the insured disagree with the re-underwriting results, the insured can continue to have the protection provided by their existing policies.

General medical insurance policyholders should be aware of policy migration arrangements offered by their insurers to convert their current policies with VHIS features incorporated to VHIS Certified Plans. If an existing policy provides renewal guarantee, the insurer can directly renew the existing policy into VHIS Certified Plan at policy renew without re-underwriting.

For consumers who are reviewing the VHIS, should pay heed to the following: