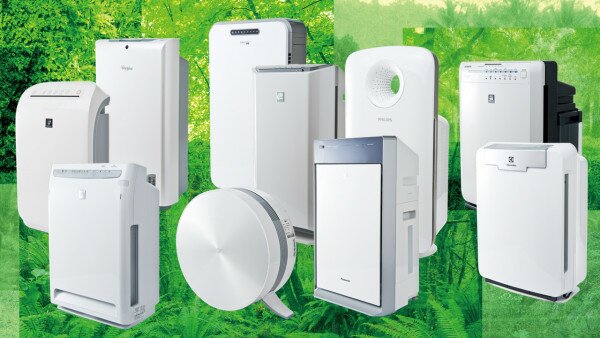 The air quality in Hong Kong has always been a concern of local residents.  If the living environment is cramped and there are sources of pollutants in close neighbourhood, like smoking or construction works, indoor air quality at home is even more worrying.  Therefore, some families would buy an air cleaner for a breath of clean air at home.

Results from a product test of 10 air cleaners conducted by the Consumer Council showed that the air cleaning performance varied greatly among the tested models.  The total expenditure for a prolonged period of usage also varies significantly depending on the filter’s retail price and frequency of replacement.  After 10 years of use, for example, the total expenditure of 1 model could be as high as 3.3 times of the initial retail price of the product.  In safety concern, some models failed to fully meet the safety standard requirements in the test.

The tested models were scored according to their air cleaning performance (45%), safety (40%), convenience of use (10%) and quietness (5%), with 5 being the highest score.

When choosing air cleaners, not only should consumers consider the price of the product, but also the total cost for the usage.  As models differ in the price of the filters, the replacement interval and the number of filters coming with the product, the total cost can vary substantially.  Based on the filter price provided by the agents and the replacement interval recommended by the manufacturers, the cheapest model covered in this report costs $1,690 only but requires a replacement of HEPA filter ($250) and activated carbon filter ($190) once a year.  That means when the product has been used for 10 years, the total cost including the product price will add up to $5,650, which is 3.3 times of the product price.  On the same basis, another model priced at $3,980 will cost a total of $11,180 assuming 10 years of use.

On contrary, there are 2 models requiring no additional spending even up to 10 years of use. One of them claimed a usable lifespan of filters of 10 years, and the other provides free filters sufficient for use for 10 years.

In removing smoke, dust and pollen, the 5 models claimed for larger rooms have smaller performance variation.  The ones with the lowest and highest cleaning speed differ by 27%, 23% and 15% respectively.  For the 5 models claimed suitable for smaller rooms recorded a wider difference in performance with 44%, 29% and 30% in speed difference was found.

The test also showed wide discrepancies in energy efficiency among all models, ranging from 71%, 64%, 61% and 98% for smoke, dust, pollen and formaldehyde removal respectively.

As for safety test conducted by an independent laboratory commissioned by the Electrical and Mechanical Services Department (EMSD), 1 model was unable to meet the standard requirements of construction, electrical connection and insulation protection and may potentially increase the risk of loosening supply connection at terminal.  Another model failed to meet the standard requirement of insulation protection.  EMSD said all air cleaner models are considered safe for use under normal operation.  For models with minor non-compliances, EMSD has approached the concerned suppliers for making necessary improvements to their products.

Some manufacturers make claims of usable room area instead of Clean Air Delivery Rate (CADR) to describe their air cleaner’s performance.  The Council believes that such practice may not allow consumers to compare different models directly and urges the traders to label its CADR performance alongside the testing standard adopted.

Consumers are advised to pay attention to the following when using air cleaners: