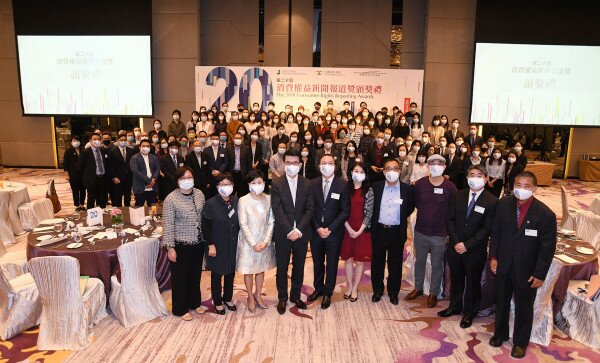 The Consumer Rights Reporting Awards (CRRA), now has reached its 20th year, was first launched in 2001 by the Consumer Council in conjunction with the Hong Kong Journalists Association (HKJA) and the Hong Kong Press Photographers Association (HKPPA). This year, the CRRA received a total of 155 entries in the different categories – 70 Print, 5 Audio, 37 Video, 22 Press Photo, and 21 Campus.

At the CRRA Presentation Ceremony today, a total of 40 awards in 7 categories, including 2 “Grand Awards”, 6 “Honorary Awards,” and 4 “Sustainable Consumption Reporting Awards” were presented by the Secretary for Commerce and Economic Development, The Honourable Edward Yau Tang-wah, GBS, JP, and the Council Chairman, Mr. Paul Lam Ting-kwok, SC.

In his welcome speech, the Council Chairman Mr. Paul Lam Ting-kwok, SC said, “As the wheel of time turns, new technologies such as the Internet of things, artificial intelligence, big data, cloud technology, and biometrics have brought radical changes to the consumption environment, raising more yet complicated consumer rights issues. While the Council would continue to assume the watchdog’s role, the monitoring role of the media would be pivotal in protecting consumers’ rights comprehensively and effectively in the new era of digital economy.”

The CRRA is jointly organized by the Consumer Council, the HKJA and the HKPPA with its aim to recognise the excellence in reporting issues relating to consumer rights and it has become a renowned annual award for the industry. The adjudication panel comprises 15 representatives from professional organizations and academics in journalism, and the Council Chairman and Vice-Chairman.

The guests, representatives of the Consumer Council, adjudicators and all the winners 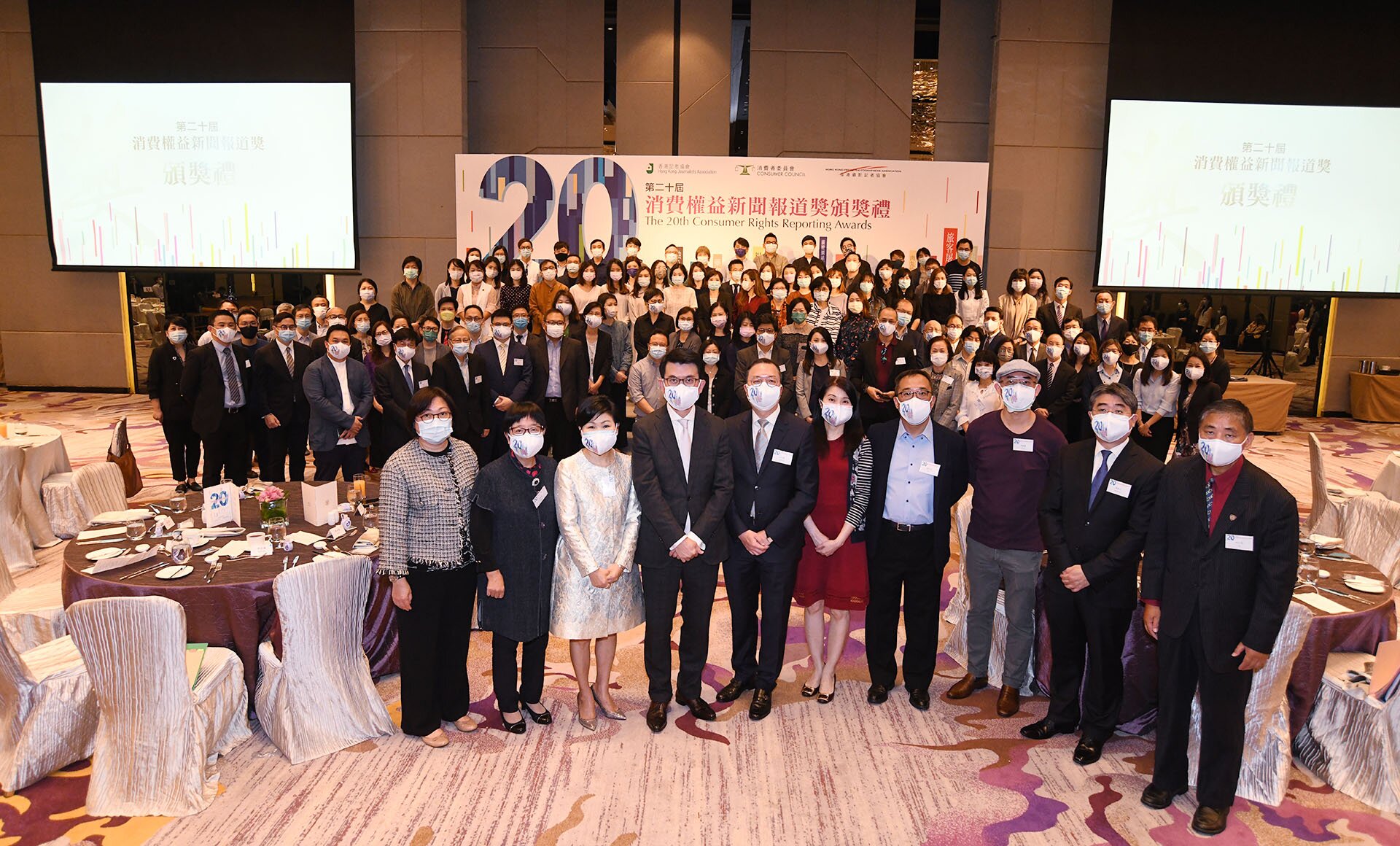