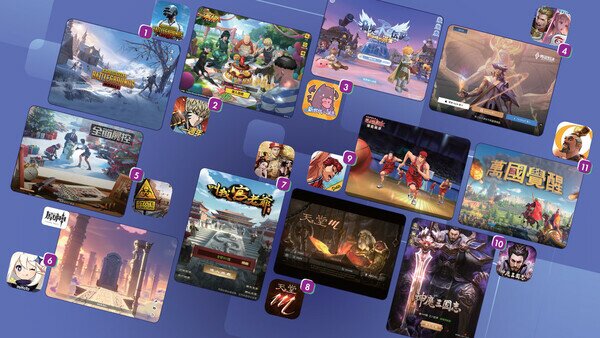 The mobile gaming industry has flourished in recent years as mobile games have become increasingly popular among teens and even adults. Game providers often offer free downloads to lure gamers and then take advantage of their eagerness to win by progressively peddling various virtual items or services. The Consumer Council surveyed and experienced 11 free mobile games and found that mobile game developers were adept at luring gamers into making perpetual in-game purchases by utilising well-timed and pervasive promotions, such as “lucky draw” to give away virtual items and VIP privileges acquired through accumulating in-game purchases to create a sense of superiority, to gradually and subconsciously nurture gamers’ habit of making in-game purchases. The Council expressed great concern on the adverse effects mobile games posed to children, teenagers and people with weaker self-control. Parents should pay attention to their children’s behaviour and prevent them from falling prey to mobile game consumption traps or even becoming addicted to in-game purchases.

The survey also found that the “lucky draw” mechanism of mobile games lacked transparency. Nearly 40% of the games surveyed did not disclose the probability of obtaining different items. Over 60% did not explicitly declare at a prominent position in the “lucky draw” interface that those game items were sold by means of “lucky draws”. Moreover, the rights of mobile gamers were not adequately protected by the user agreements and the terms and conditions. For example, game providers could lock gamers’ accounts at any time. Moreover, when gamers quit the games because of poor online connection quality or losing interest, they were not guaranteed a refund on the unused portion of the in-game purchase. For underaged gamers, if they made in-game purchases without parents’ or guardians’ consent, the latter could not or found it difficult to seek a refund. The Council urged mobile game developers and agents to improve their business practices as well as information transparency in order to safeguard the interest of consumers.

The 11 mobile games covered in the survey were all downloaded from the 2 relatively popular mobile app stores iOS App Store and Android Google Play. Included in the selection criteria were their compatibility across app stores, top grossing performance, and being equipped with a “lucky draw” system. All free mobile games in the survey had in-game purchase functions which induced gamers to spend money in the form of microtransactions.

9 mobiles games (82%) in the survey offered a “First-Time Purchase Reward” to gamers. When purchasing virtual game tokens for the first time, gamers would either get a doubled amount or extra virtual game items as gifts. Mobile game developers also spared no efforts to encourage gamers to keep on making in-game purchases. For example, when the accumulated in-game purchases or the number of tokens reached a specific threshold, gamers would be entitled to various rewards. In terms of cash value, 5 mobile games in the survey required an accumulated in-game purchase from $16 the least to a staggering $4.8 million to reach the highest level which enabled gamers to gain the maximum rebate or the highest status.

Apart from selling virtual game tokens directly, all mobile games in the survey also offered virtual item gift packs for sale. In terms of cash value, the price of each gift pack ranged from $8 to $398. They were usually labelled as “Available for a Limited Time”, ‘Limited Number” or “Starter Limited” to tempt gamers to make in-game purchases for fear of missing out on limited-time offers. With new characters and props continuously rolling out, gamers might develop an in-game purchase habit unknowingly and shell out more and more money.

Tactic 3: Giving Away Virtual Items in Lucky Draws to Build Up Gamers’ Addiction

Items in mobile games were generally obtained through “lucky draws, gacha and loot boxes”. Among 8 of the mobile games surveyed, the cost required to draw 1 character or costume / prop ranged from $3 to $48. Educational psychologist pointed out that as mobile game items were given away in “lucky draws” where a variable ratio applies, gamers are more likely to become addicted compared to a fixed ratio drawing mechanism.

Gamers could make an informed choice when considering whether to make an in-game purchase for their favourite virtual items if they are informed of the exact drawing probability or details of the game items. However, the survey found that mobile games generally lacked transparency on this kind of information. 4 games (36%) did not disclose the probability of drawing various items. Among the other 7 games (64%), the probability of drawing the rarest virtual items was below 1% in 5 games. Gamers might need to splash out to stand a chance of getting their favourite items. In addition, 7 games did not notify gamers with a message that such service was of “lucky draw” nature in a prominent position on the related page. 2 of those games also did not disclose the winning probability of the “lucky draw”. Information transparency undoubtedly needs to be improved.

Tactic 4: Offering Exclusive Privileges to Establish a Sense of Superiority Derived from Consumption

In reality, there is no end to the journey of acquiring all characters and props in virtual games. Most games in the survey came with “VIP System”, “Monthly Pass” and/or “Subscription” services, offering gamers privileges to obtain or redeem game items at a discounted price within a designated period (e.g. every day or every month). This would appeal to the gamers to make in-game purchases in order to gain an “advantage” and a sense of superiority in the virtual games. For 3 mobile games that offered “subscription’ with auto-renewal service, the annual subscription fee summed up to a range of $96 to $936. The amount may seem insignificant, but it could add up. If several games were subscribed at the same time, the amount could be substantial.

Mobile game developers excelled at pushing promotions of in-game purchases at every possible second of playing time and on every single inch of the game interface. The promotional tactics of 6 mobile games surveyed were intrusive. Whether it was the waiting time for the download of update files, or every time or the first time of the day logging into the game, promotional message on gift packs and stored value offers would pop up. 5 mobile games displayed in-game purchase promotion banner ads or buttons on the game’s front page. Overwhelmed with this kind of promotional message, gamers might be more prone to make in-game purchases.

Terms and Conditions Far from Satisfactory and Review is Needed

Apart from manipulating gamers to make in-game purchases, user agreements and terms of services of mobile games are other aspects that gamers should pay heed to. For instance, if gamers were no longer interested in the mobile games and decided to quit, 5 of the mobile games surveyed claimed that they would not refund or did not have relevant clauses. Another 6 games allowed gamers to file for agreement termination within 7 days after the start of the game (having a need to settle the gamers’ accounts) and apply for a refund without providing a reason. For poor online connection quality, 8 mobile games only accepted complaints by gamers within 3 or 7 days while the game developers would reply on the results within 15 days. Notwithstanding, specific follow-up actions and the possibility of a refund were not mentioned in the clauses. It was also difficult for gamers to mark down any network connection problems, making it hard for consumers to protect their rights.

Of the complaint cases received by the Council, some consumers complained that their game accounts were abruptly locked by the developers without warning or prior notice. They were only informed of having breached the clause of the games after they enquired but details were unknown. Only 6 of the mobile games surveyed stated in the clause that should the game developers make a wrong judgement on the fact or failed to present evidence, they ought to compensate the gamers for their loss. Although 9 mobile games allowed gamers to lodge a complaint, as the use of virtual items and services were generally recorded within the game accounts and were kept by the developers, it is difficult for gamers to follow up on their side.

Children and teenagers might not command a clear concept on in-game purchases. If they spend a huge amount without their parents’ acknowledgement, parents might find it difficult to cancel the transaction. 2 games stated that they would not arrange refund to the consumption by the underaged (stated as a person “having limited legal capacity to act” or “having no legal capacity to act”). Among which, 1 game stated that any payment responsibility must be shouldered by parents or guardians; another 1 game assumed the legal representative had given their consent or made the purchase on their behalf. Although 8 games accepted the legal representatives to apply for a refund on the unused portion of the game tokens purchased by the underaged player, the application process was complicated and time-consuming as it usually involved the mobile app stores and / or telecom service providers.

In view of the popularity of mobile games, the Council opined that the authority should take reference from neighbouring regions such as the mainland, Japan and Taiwan on regulating the sales tactics of mobile games, drawing probability, refund mechanism and consumption by the underaged. Consumers should be mindful that mobile game characters and props merely belong to the virtual world and should not consume excessively for the sake of winning the games. If there is any sign of obsession or addiction to mobile games, one should seek counsel and spend more time engaging in normal social life to establish a healthy lifestyle.