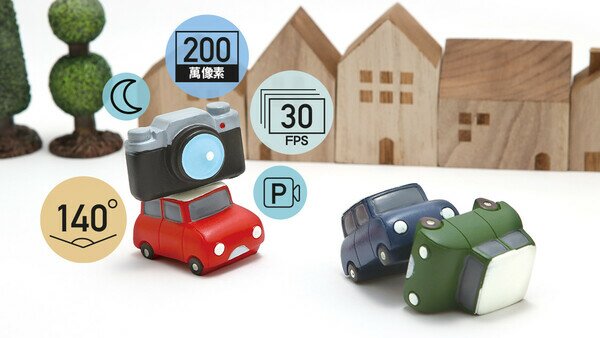 Many drivers install dashboard cameras, commonly called dashcams, in their cars to record the surroundings as the recorded footage may help establish the facts and clarify the liabilities in the event of a crime or a traffic accident. The Consumer Council tested 12 models of dashboard cameras of which the images of 3 models recorded in daylight were blurry and blocky. The screenshots from these models were also of inferior quality. The footage of 75% of models was unable to clearly show the licence plate number of the car in front when recording in low-light environment. The Council reminds that the performance of a dashcam is limited not only by the hardware itself but is also affected by the actual road conditions such as weather conditions. Therefore, drivers should choose a product with better picture quality; otherwise, the device will become useless if it fails to provide clear evidence to settle disputes arising from traffic accidents.

In the test, 7 models were equipped with a screen. All of them would switch off the screen display automatically when driving so that the driver would not be distracted. However, consumers should note that according to the Road Traffic (Construction and Maintenance of Vehicles) Regulations, any dashcam which enables the display of any stored visual images may not be installed anywhere in front of the driver’s seat where the driver can see the screen partly or wholly, or when the control of the visual display unit is accessible to the driver from the driver’s seat (and the control itself is neither related to the sound volume nor main switch). The Council is of the view that the regulations have certain grey areas in relation to the legitimate use of dashcams, and calls on the authorities to draw up clear guidelines and amend the outdated and ambiguous provisions, so that consumers know what to follow when choosing a legitimate and appropriate dashcam.

The test, which was coordinated by the British Consumer Organisation, covered 12 models of dashcam available in Hong Kong. All of them were able to record images in full HD. Among them, 8 models were single recording device, and could be mounted on the windscreen to record the road conditions in front. The remaining 4 models could record the road conditions in front and behind simultaneously. Although the prices of the models varied by more than 4 times, the test found that both the most expensive one ($2,280) and the cheapest one ($429) scored the same rating of 3.5 points, demonstrating once again that there is no correlation between quality and price in the tested models. The test items included video and sound quality, angle of view, screenshot quality, GPS positioning accuracy, G-force file protection performance, ease of use and features ratings.

The clarity of the recorded images is a key selection criterion of a dashcam, but performance of the tested models varied. Generally speaking, all models performed worse in low light/night conditions than in daylight. 3 out of the 12 models performed poorly, being easily affected by streetlights and strong lights and prone to have light glare. Even when there was sufficient daylight, the images were not clear enough with the outline blurred and blocky, thus they scored the lowest rating of 2 points. Although the other 4 models scoring the highest 4.5 points, were able to record clearer images in daylight with automatic focus on important details being focused automatically, 1 model managed to get only 2.5 points on the night mode in spite of its claimed 4K video recording capability of its front camera.

As for the quality of readability of the image details, 75% of the models (9 models) scored only 2 points or below for their performance in low light/night conditions. Of these, 2 models even got merely 1 point, as they were unable to read any licence plate numbers and road signs even when the video was paused. For the only model with better performance, the licence plate number within 5 meters in front could be read. In the daylight, the readability of 5 models could reach 10 meters or more. However, the images of 2 models were too soft and had more interference, thus scored only 2 points.

When driving on the highway, the footage taken by 4 models showed stutter motion with blurred image for fast moving objects, and the video was unstable. If a traffic accident occurred, the video would provide no useful information. They received merely 2 or 3 points in this test item.

Apart from video quality, the wider the coverage of view, the better it is. The longitudinal coverage of images among the models showed no big difference with a range between 50° and 60°. However, the horizontal coverage had a greater variation, from 70° to 130°. Among the models, the one scored 2 points had the narrowest transverse coverage of 70°.

From time to time, netizens post dashcam video clips on social media platforms. According to the Personal Data (Privacy) Ordinance, random recording of street conditions generally does not constitute collection of personal data. However, if the act of using a dashcam to track a specific person is deemed to be collecting personal data, one must strictly comply with the provisions and the data protection principles stipulated in the Ordinance. Anyone who uses the collected personal data for purposes other than the original purpose, such as disseminating them on social media without the consent of the person(s) involved, may amount to violation of the law.

Consumers may note the following when choosing and using a dashcam:

- Choose a dashcam that has a minimum of 2 megapixels resolution and full HD video recording feature (1920x1080) for a clear recording of road conditions;

- Note the camera frame rate. Choose a product that can record 30 frames per second (30fps) or above, so that the recorded images would run smoothly without stuttering. The images may look sharper even when the vehicle is moving at high speed;

- The parking mode of a dashcam should be able to provide 24-hour monitoring of the vehicle’s surroundings. Its power generally would not exceed 10W, comparable to the power consumption of a reading light, so there is no need to worry about draining of the vehicle battery;

- Carefully check the statutory requirements for the installation of a dashcam. In case of a traffic accident, dismantle the dashcam before viewing the video, or play the video on a mobile device connected to the dashcam to avoid violating the law.