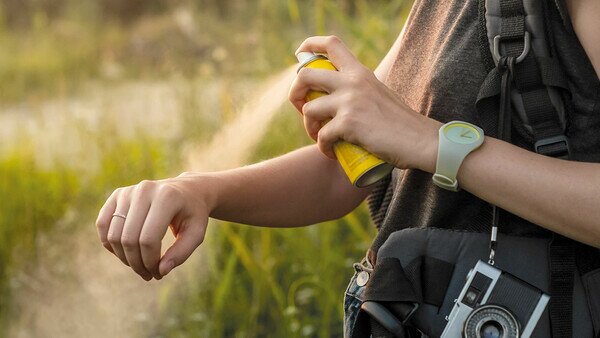 Out of the 69 models surveyed, 39 of which were in the form of sprays or aerosols, 14 were patches, 11 were lotions (roll on/ liquid form), 4 were bracelets or wristbands and the remaining one in the form of wipes. The price of the models varied and for those claimed to contain natural ingredients were generally more expensive. Models in the forms of sprays, aerosols and lotions ranged from $26 to $213 per bottle and if in patch form, the price ranged from $20 to $99 per box. The average price of each bracelet or wristband ranged from $1.86 to $19.5. The anti-mosquito wipes costed $32.

Among all, 28 claimed to contain 5 types of active ingredients recommended by the U.S. Centers for Disease Prevention and Control (US CDC), 12 models labelled containing N, N-diethyl-3-methylbenzamide or diethyltoluamide (DEET). 7 models with picaridin. Both are synthetic compounds. 9 models labelled ethyl butylacetylaminoproprionate (IR3535), p-menthane-3,8-diol (PMD) or methyl nonyl ketone (IBI-246) respectively. These active ingredients are biopesticides which could either be derived from natural materials or synthesized. There are things to note when applying these active ingredients-based mosquito repellents.

Parents should take heed that some chemical based active ingredients are not suitable for infants and children. For example, picaridin-based and IR3535-based products may cause eye irritation and have the nature of colorless and odorless. When applying products with a high concentration of DEET, especially on children, it might lead to skin rashes, blisters, skin and mucous membrane irritation. Authority in U.S. suggested that mosquito repelling products containing these three ingredients should not be applied on infants under 2 months. The Department of Health, Centre for Health Protection (CHP) of Hong Kong also advised that concentration of DEET for children should not exceed 10%.

Among 3 models labelled p-menthane-3,8-diol (PMD), one did not list its concentration and the other two labelled 26% and 10% respectively. As PMD were derived from eucalyptus citriodora or lemon eucalyptus oil, consumers should avoid touching their eyes after applying. Both US CDC and Canada Paediatric Society advised that PMD should not be used on children less than 3 years of age.

In contrast to conventional wisdom, consumers should be cautious that products featuring natural ingredients were not risk-free. 41 models claimed to have natural plant-based or botanical mosquito repelling ingredients of which 68% (28 models) had citronella oil with concentration ranging from 0.95% to 65%. Citronella oil could lead to mild irritation on eye, skin, throat and cause coughing,  prolonged or frequent exposure might even result in skin allergy. The Canadian Government suggested that it should not be used on infants and toddlers.

Mosquito repelling efficacy hinged very much on the concentration of the ingredients. However, 16 out of the 23 models in the form of sprays, aerosols and lotions did not list their concentration of botanical ingredients, leaving their efficacies at doubt. For models labelled with less than 10% citronella oil, their mosquito repellent effect would unlikely be long. Other botanical ingredients found on product labels included lemongrass oil, cedar oil and various types of vegetable oil. According to the finding of a study conducted in U.S, anti-mosquito products containing unregistered botanical insect repellents generally provide below par protection, normally lasted less than 2 hours after application.

The Council also reviewed 18 models of anti-mosquito patches, bracelets or wristbands. Referencing a human test on 50 types of these products conducted by consumer rights protection organisation in the Mainland in 2018, the number of times “mosquito attempted to bite” were more or less the same with or without application of repelling products. In the worst scenario, the product efficacies were put in further doubt as more mosquito bite attempts were recorded half an hour after application. Moreover, with anti-mosquito patches being small in size and were prone to peel off, parents should not underestimate the risk of accidental swallowing by their children. Some wristbands claimed to be reusable if they were kept in an air-tight manner but the effectiveness might also reduce following the evaporation of the repelling ingredients in the course of time. If stored improperly, the desired mosquito repelling duration and effects could be dampened further.

Mosquito repellents which are ready for home use and not for applying directly on human body, such as anti-mosquito patches, are regulated under the Pesticides Ordinance. In contrast, products that to be applied directly on human body are not regulated. As both the ingredients and concentration might induce different reactions to consumers of different ages and physiques, the Council spins that leaving mosquito repelling products regulated as general consumer goods is not sufficient and deserve more comprehensive regulations to cover disclosure of active ingredients, concentration levels and declared effects on their packaging, so that consumers could master more information in making choices.

Consumers are advised to read the product labels carefully and consider specific needs such as duration of outdoors exposure when choosing mosquito repelling products. Consumers should also take note of the following: