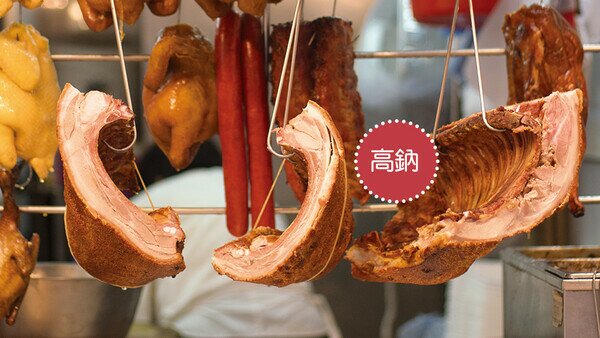 “Siu-mei and Lo-mei” are popular foods among Hong Kong people. They are the frequently-ordered traditional Guangdong cuisine that loved by many working class for lunch meal and enjoyed at dinner banquet. The Consumer Council, in collaboration with the Centre for Food Safety (CFS), tested 100 samples of “Siu-mui and Lo-mei” in the market and found that 33 samples are classified as high sodium that included all the 10 “red sausage” samples. The highest sodium content was a roasted pork sample, and if eating a whole lunch box of about 170g of “roasted pork with rice”, the sodium content reached 2,400mg, exceeding the daily intake limit by nearly 20%. The test result also revealed that 5 types of “Siu-mei/Lo-mei” were “high-fat” foods, of which the average total fat content of roasted goose and roasted suckling pig was the highest. Eating a whole lunch box of about 140g “roasted goose” with rice, means reaching nearly 80% of daily intake limit on total fat.

The Council stresses that excessive intake of sodium may cause the risk of developing high blood pressure and may even lead to chronic diseases such as heart disease, stroke and kidney failure. The Council urges the industry to improve the production process and change the ingredients in order to reduce the sodium content of “Siu-mei and Lo-mei” foods progressively. Sauce should be served separately to offer consumers a healthier choice.

As for the fat content, the 10 types of various “Siu-mei and Lo-mei” were mixed and tested. It was found that the average total fat content of 5 types of samples including “roasted goose”, “roasted suckling pig”, “lo-shui goose”, “BBQ pork” and “roasted duck” exceeded the level of 20g per 100g, which is the reference level for “high fat” food that CFS advises consumers. Among them, the “roasted goose” and “roasted suckling pig” samples had the highest average total fat, with 37g and 36g per 100g respectively. In other words, more than one third of the edible portion of these 2 types of samples is fat. The WHO recommends that an adult who consumes 2,000kcal of energy a day should consume less than 66.6g of total fat per day. That means if based on a “roasted goose” sample with the highest total fat content, eating a whole lunch box of about 140g “roasted goose” with rice, the total fat intake of “roasted goose” alone has already reached nearly 80% of the daily intake limit.

The saturated fat found in “roasted suckling pig” and “roasted goose” were also the highest among all types of “Siu-mei and Lo-mei”, with 12g and 11g per 100g respectively. Consumers should be mindful in reducing intake of saturated fat as it will increase the content of bad cholesterol in the blood and the risk of coronary heart disease.

“Siu-mei and Lo-mei” are processed food and most of which are made according to the recipe and experience of the chef. The test results showed that there is room for improvement in the industry on ingredients selection, seasoning recipe and production process, etc. Consumers should pay heed to the following when choosing and consuming “Siu-mei and Lo-mei”: