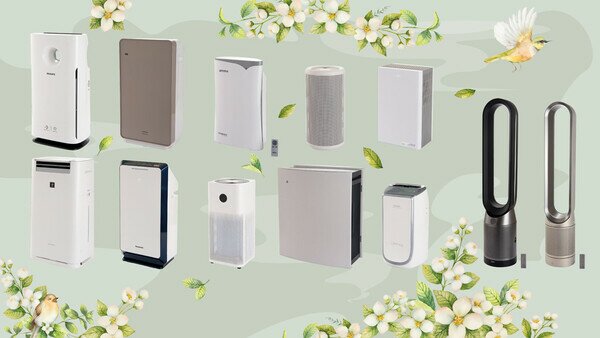 The growing concern over air quality has driven many consumers to turn to air purifiers to improve indoor air quality.  A Consumer Council test on 12 models of air purifiers has, however, found substantial variation in their performance especially the speed in filtering pollutants inclusive of cigarette smoke, dust and pollen in the air by nearly twofold.  Some models with claims for use in bigger room size actually fell behind models for smaller room size in their filtering speed. When it came to clearing formaldehyde the variation among the samples could be a distinctive difference of 26 times.

Furthermore, the test results showed that the claims made by the manufacturers in relation to applicable room size may not necessarily help consumers determine a product’s actual ability in delivering clean air.  Manufacturers are urged to disclose the Clean Air Delivery Rate (CADR) on their products, as well as test standards adopted, for the reference of consumers in the choice of air purifiers.

The test was conducted in reference to the US National Standard ANSI/AHAM AC-1, and the Mainland’s National Standard GB/T 18801.  CADR is adopted as the measure to indicate the effectiveness of a model in delivering contaminant free air, the higher the value, the better the performance of the air purifier in purifying a specific pollutant.

Vast variations in air purifying performance were found among the samples, with rating ranging from 2.5 to 4.5 points.  In the case of the 5 samples claimed suitable for larger room size, the difference in CADR between the lowest and the highest values in the removal of cigarette smoke, dust and pollen was measured respectively 2.0 times, 1.7 times and 1.8 times.  For the 5 samples claimed for smaller room size, the difference in CADR was 1.5 times, 1.2 times and 2.6 times respectively.  As for the 2-in-1 air purifying fan sample which fared relatively less satisfactory when compared with the best performers of the other samples, the difference in CADR climbed respectively to 2.8 times, 2.4 times and 4.3 times in cigarette smoke, dust and pollen removal.

Consumers are advised not to solely rely on manufacturers’ claims on applicable room areas to determine the air purifying ability of the air purifiers.  Different manufacturers might use different assumptions and methodology in computing the applicable areas, therefore such claims are simply not directly comparable, not to mention the fact that the level of air pollution of a room would also affect a product’s performance. Manufacturers are urged to disclose the CADR on their products, as well as the test standards adopted, as objective reference for consumers to determine the performance of an air purifier.

Though all samples could reduce formaldehyde concentration in the air, their purifying speeds showed a substantial difference between the best and worst performers in CADR, from 5.1 to 139.9 cubic ft/min, a whopping 26 times difference.  Further, 75% of the samples (9 models) were rated with only 2.5 points or below in purifying formaldehyde.

The extent of indoor formaldehyde concentration is dependent on the number of household objects releasing formaldehyde.  Consumers intent on removing formaldehyde release from new furnishings or furniture to reduce irritation to the eyes, nose and respiratory tract, or the risk of allergic conditions, should pay attention not only to the performance of air purifier but also to the source of formaldehyde contamination.

Besides the initial outlay, consumers should also take into account running costs such as frequency of replacement of the filters.  Based on manufactures’ recommendations on the filter replacement interval among the samples, the total operating costs over a span of 10 years could differ from $3,480 and $31,780.   Taking the lowest-priced model ($1,099), based on the manufacturer’s maintenance instructions, filter should be replaced every 3 to 6 months.  The total operating cost over 10 years would amount to a maximum of $9,640.  In comparison with another higher price model ($3,480) of identical overall rating, the filters were claimed to last around 10 years with no replacement, making the lowest-priced model turned out to be more costly by $6,160.

Considerable differences in energy efficiency were also found among the samples.  Based on the CADR in removal of smoke, dust, pollen and formaldehyde per Watt of energy consumption, their energy efficiency varied respectively by 86%, 87%, 91% and 93%.   To avoid energy wastage, consumers should disconnect the air purifiers after use.

Despite the use of air purifiers could help remove air pollutants, consumers should take note that it may not necessarily reduce the symptoms of asthma and other allergies.  Consumers are advised to take sensible measures to maintain good unobstructed indoor air ventilation, avoid cigarette smoking and keep the home clean and low in humidity to improve air quality.  If air purifiers are not well designed or maintained, consumers should beware that the reverse could happen with the filtered pollutants returning through the purifiers into the rooms.