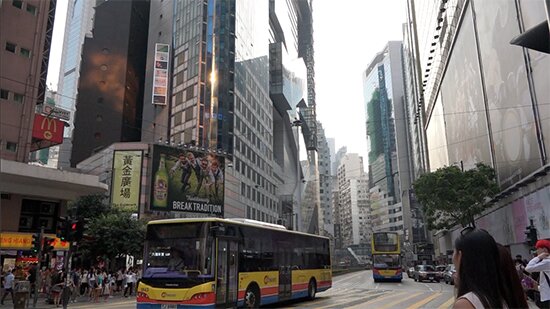 Gilly Wong says a concerted effort is required from the government and electricity companies to drive the city towards a greener future, at an affordable price

Many consumers buy electric vehicles because they want to reduce the environmental impact of their personal transport. Public transport should be the preferred option. It is fast, environmentally friendly and good value for money. But consumers sometimes also need to use taxis and own their own car.

According to government data, transport accounts for 17 per cent of Hong Kong's carbon dioxide emissions, mainly caused by road vehicles burning fuel. Road transport is also a major source of local air pollutants, such as carbon monoxide (60 per cent), as well as fine (17 per cent) and respirable (14 per cent) suspended particles.

The number of private electric cars in Hong Kong has been growing rapidly. From just 1,714 in April 2015, the figure has grown to 4,830 within a year – driven by improved recharging infrastructure, better choice and exemption from the first registration tax. Between January and May, over 1,100 Teslas were sold, accounting for more than 95 per cent of the electric vehicle market.

But are electric vehicles really more environmentally friendly? And is their growth necessarily "green" in the long term? In a recent article in Choice, the magazine of the Consumer Council, we published results of an exercise by overseas consumer organisations, comparing a selection of electric, hybrid, diesel- and petrol-engined vehicles available in Hong Kong.

The test used more realistic driving conditions than the standard conditions adopted by official test cycles. The benchmarking exercise did not include the Tesla, as it was tested in November 2014. However, its environmental performance has been the subject of recent debate.

The tests looked at "well-to-wheel" emissions, which include the carbon dioxide released from refining crude oil and generating electricity. It also looked at exhaust emissions. However, emissions from manufacturing the car and batteries were excluded.

The carbon dioxide performance of electric vehicles depends crucially on the carbon intensity of electricity generation. Hong Kong is more reliant on coal and less on renewables than other well-off economies. In 2015, our carbon emission intensities were 7 per cent higher than in Germany, where the tests were performed, and 23 per cent higher than the average across International Energy Agency members.

Six different electric vehicles, from super minis to executive cars, were tested. These emitted between 96 and 145 grams of carbon dioxide per km, based on the Hong Kong electricity fuel mix, which is somewhat lower than other cars in the same categories.

Electric vehicles are much better than petrol or diesel vehicles in terms of local air quality, since power stations burn fossil fuel further from urban populations than car engines. Modern power station emissions are also better controlled than car exhausts, though this gap, in theory, is closing as the Euro V standard becomes fully adopted in Hong Kong.

It is important to consider the impact electric vehicles might have on Hong Kong's energy ecosystem, especially given our commitment to reduce greenhouse gas emissions. There are half a million private vehicles in Hong Kong.

The replacement of motor vehicle fuel with electric power is as much an infrastructure challenge as a technological one. Hong Kong is ahead of most countries in embracing electric vehicles. Others face similar challenges in terms of developing recharging infrastructure, but less acutely. The situation is different in North America and Europe, as car owners generally have individual garages or parking spaces and can slowly charge their vehicles at night.

Hong Kong people live in flats and parking facilities are shared. Accordingly, drivers make greater use of quick-charging stations. These superchargers exert considerable pressure on the grid, especially during peak demand. “Free” superchargers have also been temporarily installed in public locations. If left to grow unchecked, such superchargers could greatly increase daytime demand, in theory increasing the need to build new power stations, which could ultimately lead to higher electricity prices. A more rational time to charge vehicles would be at night, when electricity demand is low, but we would need to overcome the challenge of retrofitting charging facilities in residential buildings.

If Hong Kong is to truly become a "smart city", it could use the batteries in electric vehicles as a means of stabilising supply and demand for electricity. The batteries could store power and in theory supply it to the grid in times of high demand. In this way, electric vehicles could help manage peak demand problems rather than exacerbate them. The difference between peak demand (noon to evening) and average daily demand is around 2 gigawatts – the output of two large gas or nuclear power stations. Building power stations to only operate for a third of the day in summer is not economic. A better option would be to shift demand, using low off-peak prices to encourage investment in nighttime slow-charging facilities.

Electric models like the Renault Zoe store 22 kilowatt-hours of electricity; a Tesla Model S, 85kWh. Thus, 100,000 electric vehicle batteries could make the difference between peak and average demand. Car manufacturers are already thinking along these lines. The idea needs a radical rethink of the way electricity grids are managed, including incentives for using batteries.

Last month, the Solar Impulse plane circumnavigated the globe using just solar cells. We have come a long way since Icarus’ ill-fated flight. In the Greek myth, the sun frustrates human flight; today, it powers it. This invites us to imagine how electric vehicles might help meet our personal mobility needs, reduce transport costs and save the environment at an affordable price.

This will take an alignment of policies and measures across government bureaus and a change in the way electricity companies treat distributed power supply. This is urgently needed.