Hong Kong needs to switch on to renewable energy 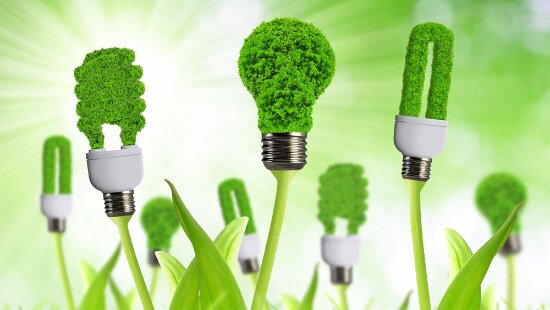 More renewables in Hong Kong - the idea sounds a bit implausible, doesn't it? Hong Kong is a small, densely populated territory with a large electricity habit. Renewables suck in subsidies, take up space and don't produce very much electricity - and when they do, it's at unpredictable times.

But, is it really such a bad idea? In last year's fuel-mix consultation, the government estimated that the price of electricity in Hong Kong was set to almost double, as we invest in a gas generation plant, and replace cheap coal with expensive gas. This will bring our power prices more in line with countries that are putting restrictions on coal use. Recent overseas experience suggests that renewable energy, in the right policy environment, gets cheaper as it matures. Prices of onshore wind in Brazil and Europe are now similar to those of fossil fuels; the price of large-scale solar power in Britain's recent power auction was just 25 per cent more than its gas-fired electricity.

Here in Hong Kong, solar output is wonderfully punctual, peaking just when we need it, on hot summer days. Also, renewables are an insurance policy against volatile fossil fuel prices. Over the past decade, natural gas prices in Asia have quadrupled.

However, the report concludes that the scope for growth is limited - perhaps reaching two per cent in 2017, and three per cent by 2022. But these numbers now seem out of date. In response to the call for greener energy and rapid world development, CLP Power is investigating the feasibility of a 200MW offshore wind farm in Hong Kong's southeastern waters. HK Electric has also looked into offshore wind farms. Clearly, it's time for the government to update its analysis about the potential for renewables.

The scheme of control agreements, inked between the government and the city's two power suppliers, were developed with fossil fuels in mind. The power companies are rewarded on how many assets they build. Altering it for renewables might not be the most effective way to start. In the last agreement, the government encouraged the power companies to switch to renewables by providing an extra one per cent in their permitted rate of return in exchange for investment in these alternative sources, but progress has been uninspiring. Only about 0.1 per cent of the power they generate is from renewables.

Other places do not pay a return on how much capital is invested. Renewable developers compete against, or join with, energy companies to produce renewable electricity. They are rewarded through a predictable and usually subsidised price for the power they produce.

The price paid to generators of renewable energy in Europe is around HK$0.70 per kWh. This compares with the retail price we pay for electricity in Hong Kong of around HK$1.10 per kWh. One of the biggest obstacles to promoting renewable energy development is for outsider developers to access the power grid, the route to the market. Hong Kong has no law to regulate prices and contract terms for this.

Over the past decade, the growth in global renewable energy deployment has been astounding - a 20-fold growth in wind since 2000, and a 30-fold growth in solar power since 2005, mainly in Europe and the US. As Asian economies confront the problems of rising gas prices, environmental concerns and reliable, long-term energy sources, they are beginning to set out policies to promote renewable energy. Their experiences and success stories could provide us a better understanding of how to encourage the use of renewables in Hong Kong.

Taiwan aims to be self-sufficient in energy. In 2009, its government passed the Renewable Energy Development Act, aiming to expand renewable energy generation to 16 per cent of total capacity by 2025. Subsidies are paid as feed-in tariffs with different levels of support for solar power, onshore wind farms, offshore wind farms, biomass and hydro power. Taiwan currently has 530MW of onshore wind energy. The government is planning another 450 onshore and 600 offshore turbines so that, by 2030, wind generation capacity could reach 4,200MW.

Taiwan is also a major manufacturer of solar panels, and the government aims to expand their use domestically. The goal is to have 7.5 million residents using solar energy with a capacity of 4,500MW.

Our government has set emission targets to reduce greenhouse gas emissions, but still lacks the forward-looking policies to develop and promote renewable energy. Renewable energy sources are capital intensive. The scheme of control's current design isn't the right one to develop a renewable industry.

By contrast, we estimate that a feed-in-tariff support mechanism used to generate five per cent of Hong Kong's electricity and subsidised at European levels would add around 2.5 per cent to customer bills. As power companies meet the air quality emission-reduction targets, they may not be investing in the most appropriate long-term solutions for Hong Kong.

Elsewhere in Asia, countries are promoting a diversified energy policy, which includes renewables. Hong Kong probably needs to catch up.

More exciting still are initiatives that invite us to rethink what a modern, smart city should aspire to. One example is Masdar, in Abu Dhabi. It has integrated low-emission electric transport, solar panels and a town layout to reduce overheating, which together have massively cut the need for outside energy.