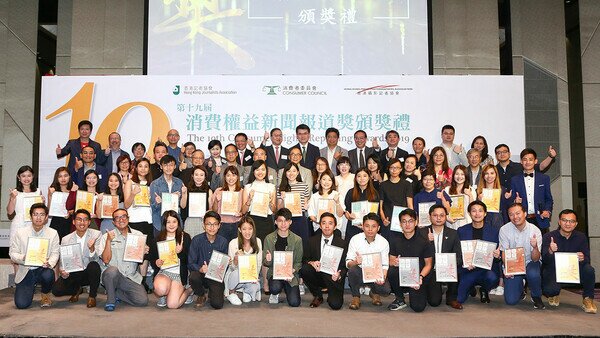 The Consumer Rights Reporting Awards (CRRA), now in its 19th year, was first launched in 2001 by the Consumer Council in conjunction with the Hong Kong Journalists Association (HKJA) and the Hong Kong Press Photographers Association (HKPPA). This year, the CRRA received the highest number of entries in the past 10 years, a total of 274 entries in the different categories – 125 Print, 8 Audio, 67 Video, 43 Press Photo, and 31 Campus.

At the CRRA Presentation Ceremony today, a total of 28 awards in 7 categories, including 4 Sustainable Consumption Awards, were presented by the Secretary for Commerce and Economic Development, Mr. Edward Yau Tang Wah, GBS, JP, and the Council Chairman, Mr. Paul Lam Ting Kok, SC.

In his welcome speech, Council Chairman Mr Paul Lam Ting-kwok, SC said, “With the rapid changes in society, the Council has kept pace with the times by actively responding to the challenges brought by the economy, society and technology. We hope the media will continue to support our work and to represent the voices of consumers by advocating for their interests. In fact, the media is a close ally of the Council. Through their unrelenting investigations to expose issues and incidents injurious to consumer safeguards, they have exercised their media power to staunchly defend consumer rights and interests.”

The aim of the Consumer Rights Reporting Awards is to recognise excellence in reporting of consumer rights and interests. Over the years, the Awards have become authoritative and coveted annual professional recognition. The CRRA is jointly organized by the Consumer Council, the HKJA and the HKPPA. The adjudication panel comprises 15 representatives from professional organisations and university journalism faculty, including the Council Chairman and Vice-Chairman. This year’s CRRA coincides with the Council’s 45th Anniversary. The Council is firmly committed to working closely with the media in a concerted effort to safeguard the rights and interests of consumers. 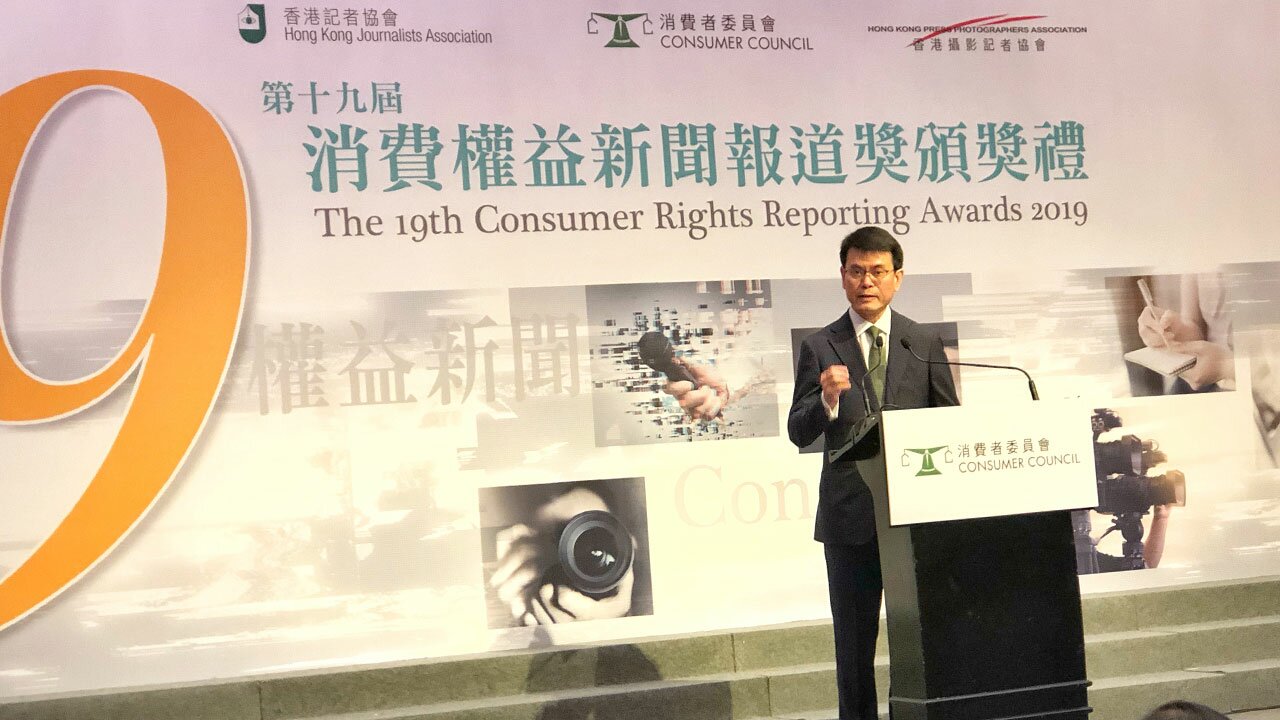 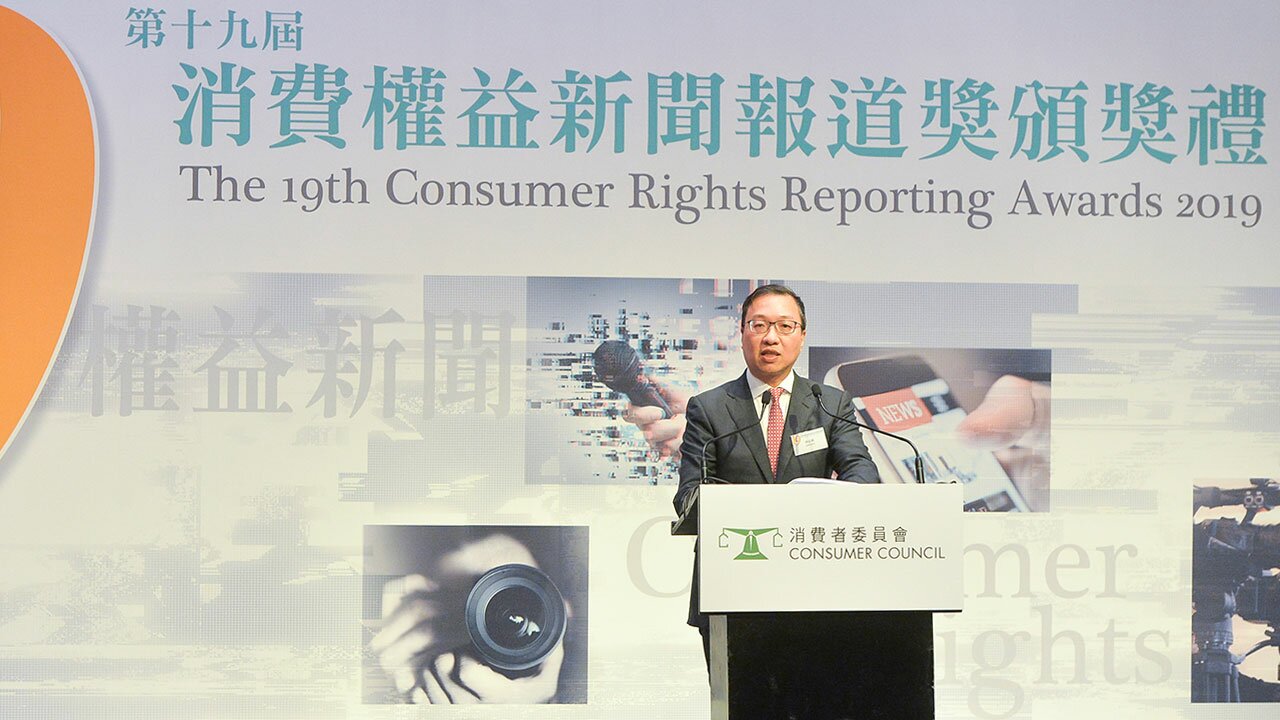 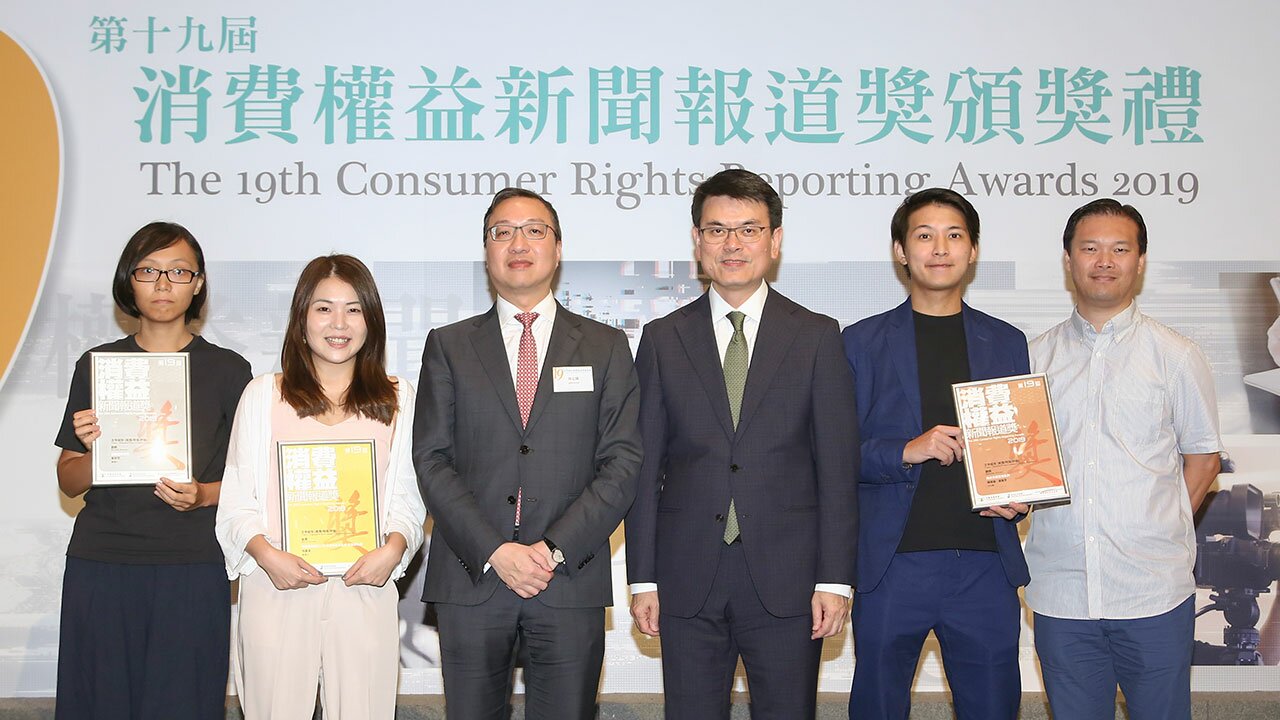 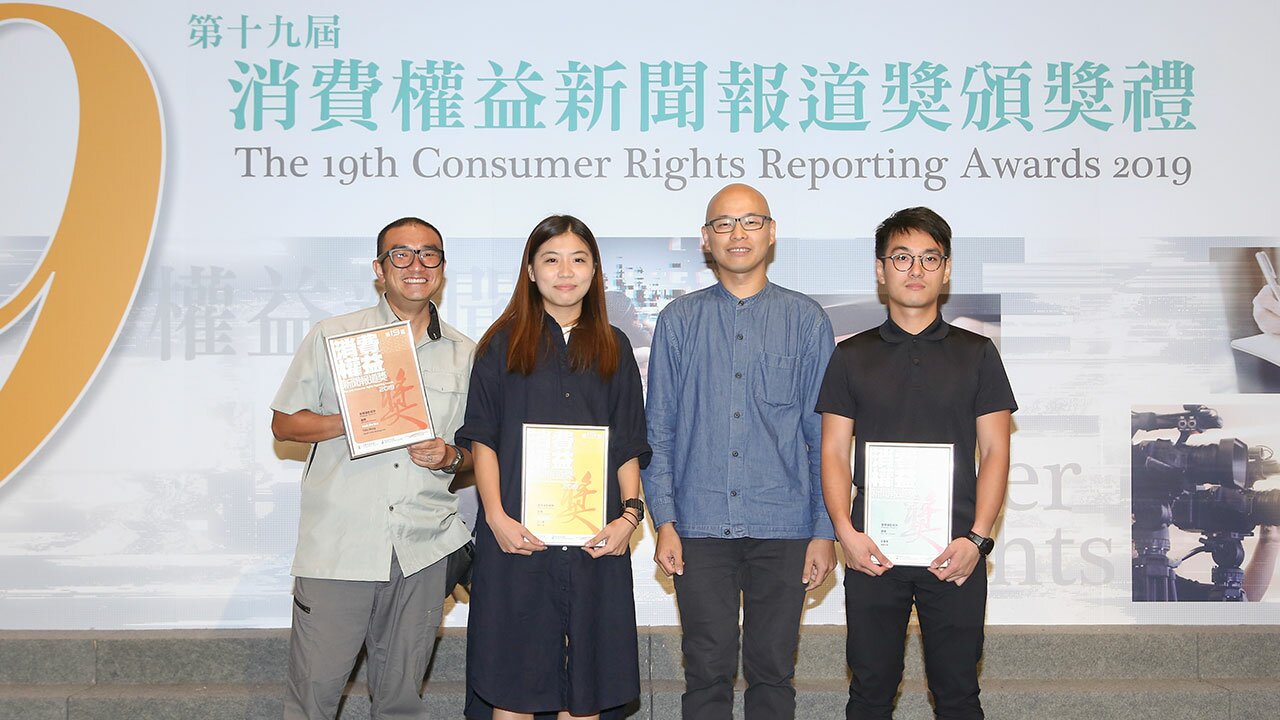 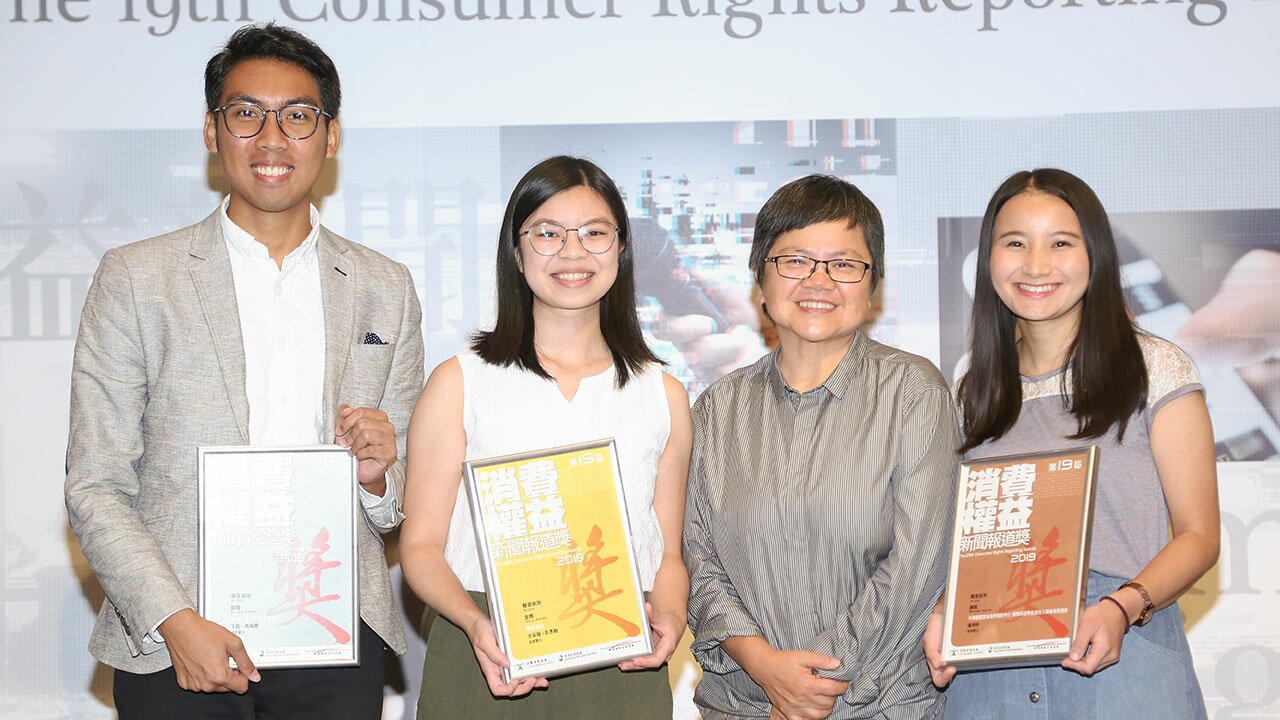 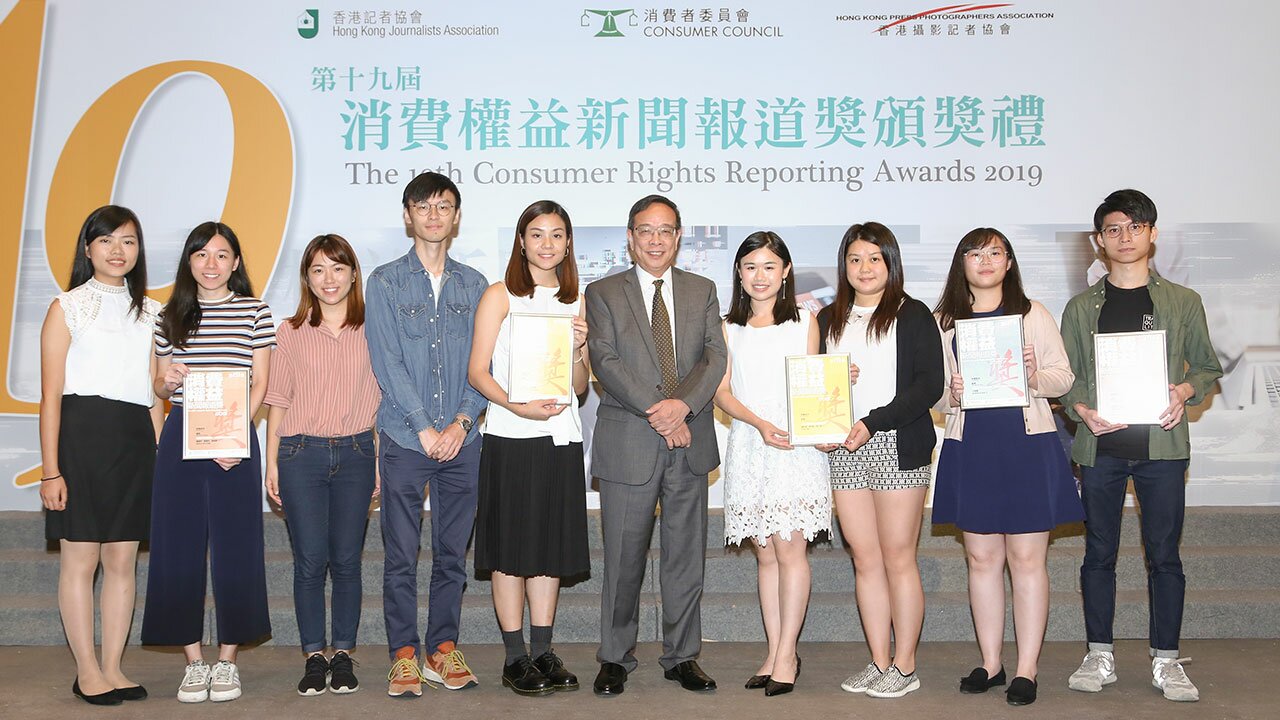 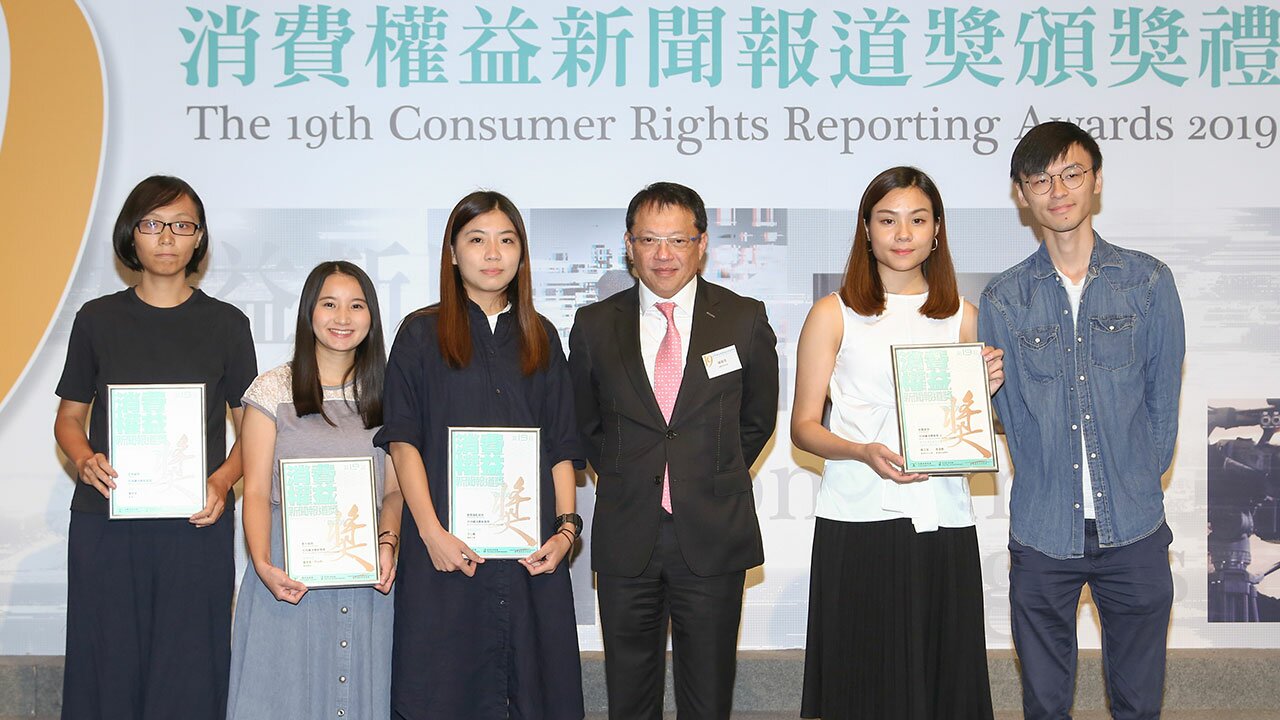 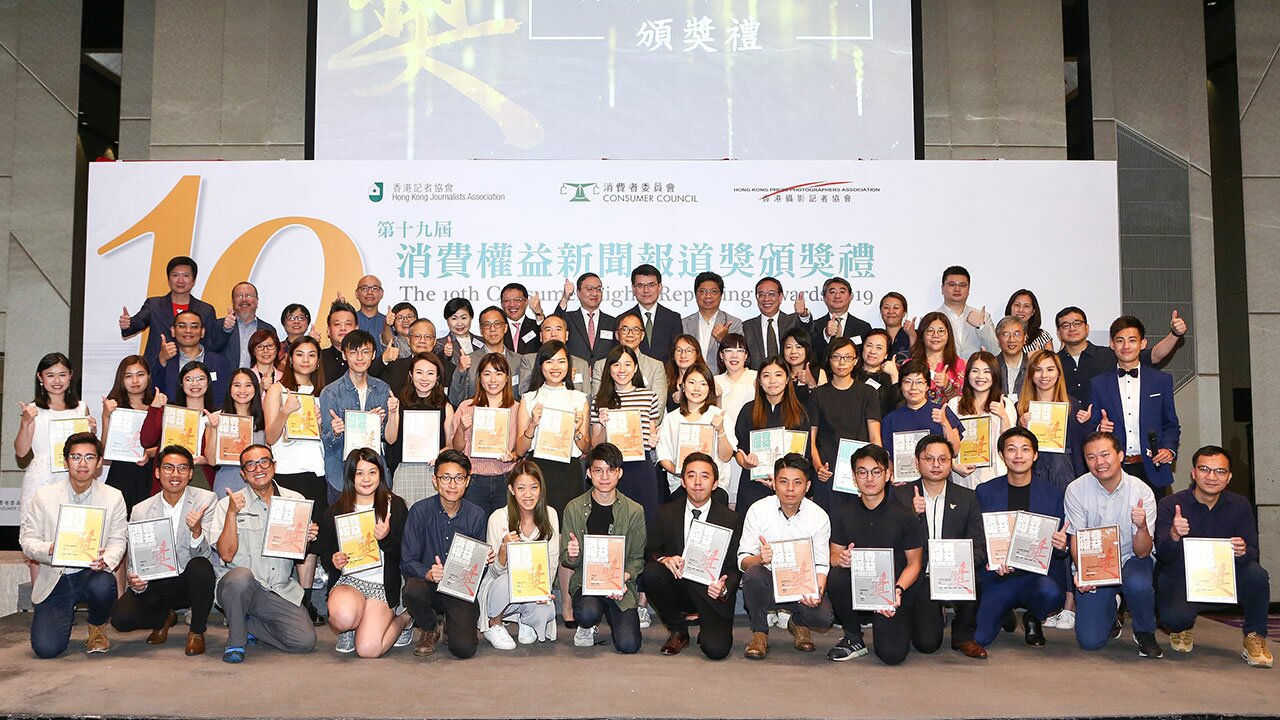 The guests, representatives of the Consumer Council, adjudicators with all the winners